Preview: Ams Looking to Return to Win Column in Road Game Against Thunderbirds 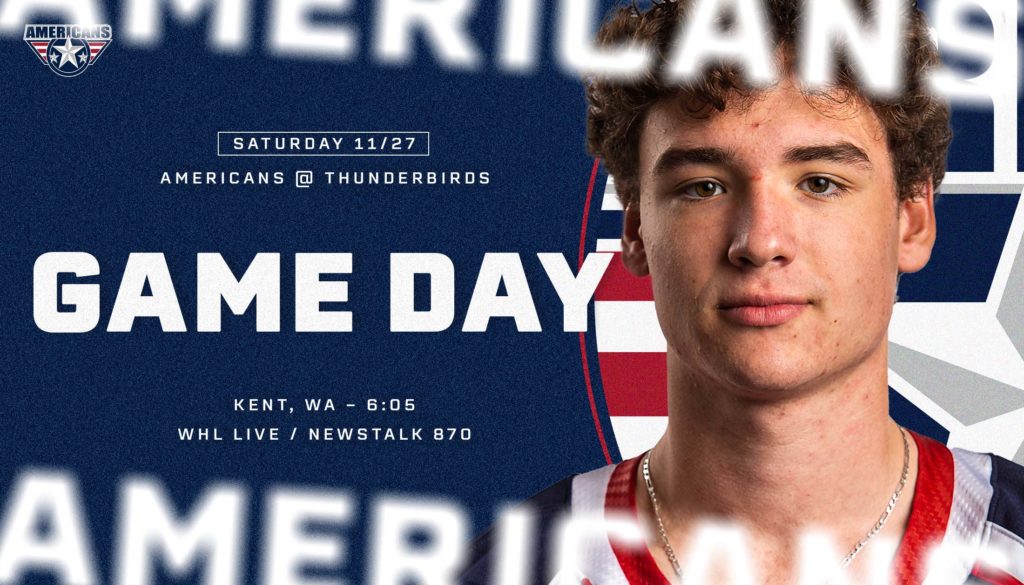 The Americans and Thunderbirds will match up tonight at the accesso ShoWare Center. Both teams come into tonight’s game on three game losing streaks and looking to get back into the win column.

Sasha Mutala opened scoring last night as he deflected a shot from Carson Haynes in the first period. Mutala returned to the Americans lineup on Wednesday after being reassigned to Tri-City from the Colorado Eagles. The he Ams held onto their 1-0 lead into the second period. Vancouver tied the game 7:00 into the second period on the power play. The score stayed tied until the third period when Vancouver added two more. Tomas Suchanek started in net for the third straight game. He stopped 33 of 36 shots faced.

Tonight will be the fifth time the Ams and Thunderbirds meet in their 14-game season series. Seattle has taken victory in all four previous meetings, including once in overtime. Connor Roulette has the most points in the head-to-head series with 2 goals and 5 assists against the Americans. Jordan Gustafson has 5 goals and 1 assists, over half his 9 goals have came against the Ams. For Tri-City, Connor Bouchard has 1 goal and 3 assists against Seattle. Parker Bell has 2 goals and 1 assist. Nick Avakyan played in the most recent game against Seattle, stopping 48 of 52 shots and earning an OT point in his first WHL start.