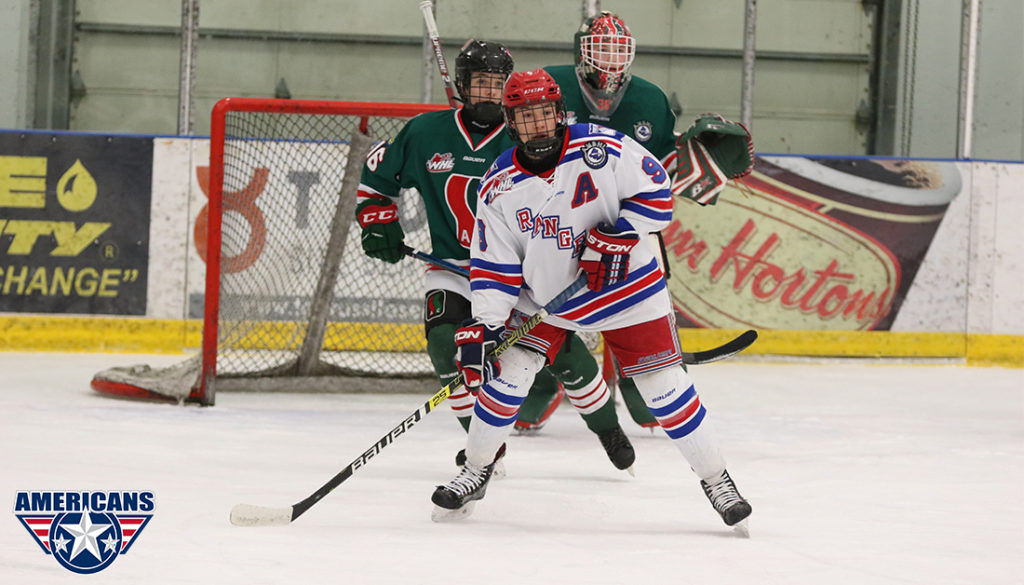 On May 2nd in Red Deer, AB the Tri-City Americans selected forward Rhett Melnyk with the 33rd overall pick in the 2019 WHL Bantam Draft.

Melnyk was home watching the draft with family when he heard his name called by Tri-City. “I was super excited. Everyone was excited,” he said about being taken by the Americans.  “I had a smile on my face the whole day.”

Melnyk, who stands at 5’9 and weighs in at 155-pounds, has had a lot to smile about this spring. Playing for the Fort Saskatchewan Rangers, he finished the regular season tied for second in AMBHL scoring with 74 points (35 goals and 39 assists) through 33 games. Melnyk was also named the league’s Top Forward in the North. 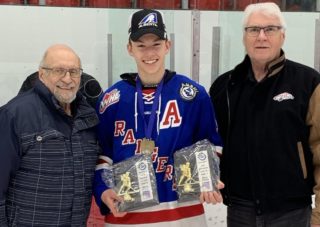 His success continued into the playoffs where he won a provincial championship with the Rangers.

In 13 post-season games, Melnyk added 20 points (5 goals and 15 assists) but saw his points taper after suffering an injury in game two of the championship series. He played the final three games with a separated shoulder and was ultimately unable to participate in the Alberta Cup.

Americans General Manager Bob Tory feels fortunate to have watched Melnyk earlier in the season and describes him as highly skilled. “He has tremendous skating ability, a high hockey IQ, and has been a leader on his team,” Tory said.

As a 2004-born player Melnyk isn’t eligible to play for Tri-City full-time until the 2020-21 season. Tory expects he will add significant scoring power to the future Americans roster.

While most people highlight his offensive ability, Melnyk likes to think of himself as a “200-foot-player” and compares his style of play to Brock Boeser of the Vancouver Canucks.

Melnyk is committed to be an effective player at the Major Junior level and emphasizes a strong work ethic when describing himself, “I give 110% and work hard every time I’m on the ice and off the ice.”

The recent provincial champion has already begun offseason training with on-ice sessions and will begin his off-ice regimen next month.

“I’ve been really focusing on my explosive starts – just getting that quick first few strides on ice. And I’m always working on my shot, just trying to get it better and more accurate,” said Melnyk about his offseason preparation. “My goal is just to be the player I am and show what I am all about at training camp.”

When he found out he was selected by Tri-City, Melnyk was familiar with head coach Kelly Buchberger and general manager Bob Tory but knew little of the location. “The first thing I did was research the three cities. I had no idea,” said Melnyk – an Edmonton, AB native.

The high-scoring forward will make his first appearance in Kennewick this August for Americans training camp. In the meantime, Melnyk will keep working on his development on the ice and in the gym. When not training this summer, he looks forward to golfing and spending time with friends and family at the lake.

Fans will have an opportunity to watch Melnyk and the rest of the 2019 draft class scrimmage at the Toyota Center during training camp.