RASMUSSEN NAMED TO TEAM CANADA FOR IIHF U-18 TOURNAMENT 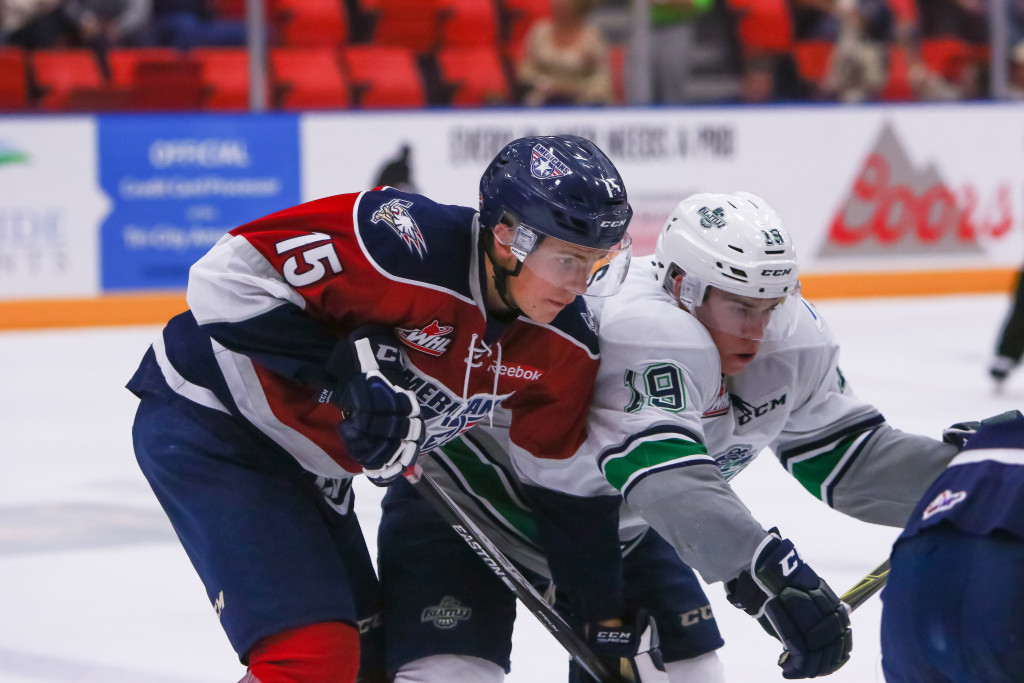 KENNEWICK, WA – Tri-City Americans Governor/General Manager Bob Tory, in conjunction with Hockey Canada, announced today that 17-year-old center, Michael Rasmussen, has been named to Team Canada U-18 Select Team that will compete at the 2016 IIHF U-18 Ivan Hlinka Memorial Cup August 8-13 in the Czech Republic and Slovakia.

“We are proud of Michael and this accomplishment,” Tory said. “This is a great experience that will only help make him an even better player.”

Rasmussen, a 6’5”, 200-lb center from Surrey, BC, just finished his rookie WHL season with the Americans. He played in 63 games, scored 18 goals, and totaled 43 points. Rasmussen formerly played for the Okanagan Hockey Academy and was drafted in the 1st Round (7th overall) by Tri-City in the 2014 Bantam Draft. Michael also finished off the Canadian selection camp with two goals in the third period to win the game for his team (Red).

The 2016 IIHF U-18 Tournament will include teams from Canada, Czech Republic, Finland, Russia, Slovakia, Sweden, Switzerland and the United States. The IIHF U-18 Tournament is an annual event held each August for national under-18 teams from around the world.  Named for one of the first Czech hockey stars, the tournament began in 1991 as a three-team showcase.  Between 1997 and 2002, the format shifted to the current eight-team tournament. It was then named after Hlinka in 2007, three years after his passing.