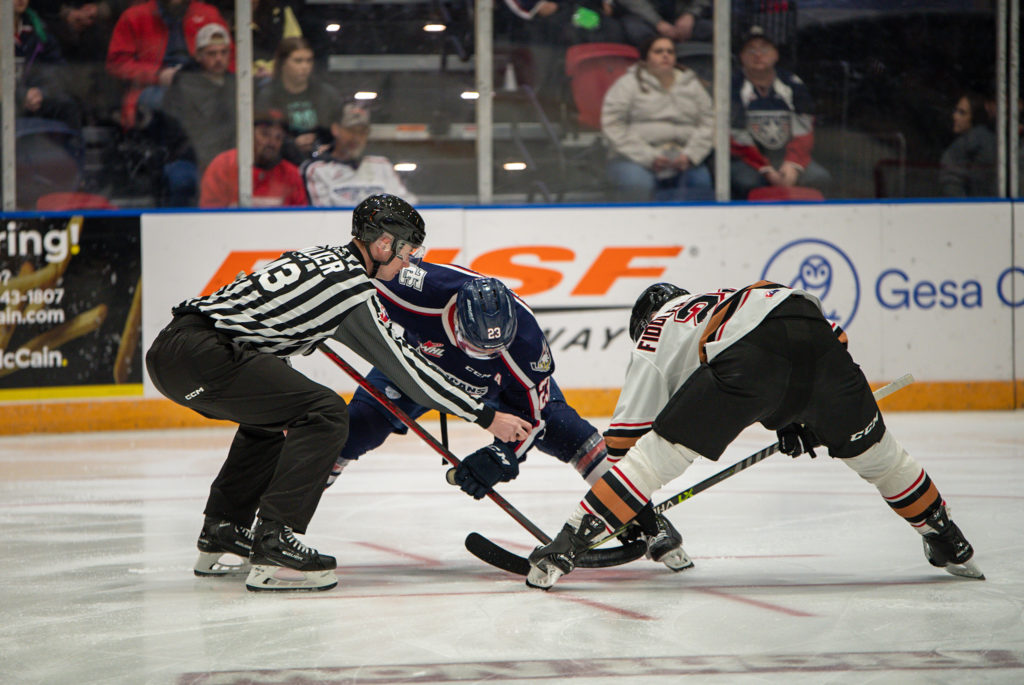 The Americans put themselves back in the win column tonight as they defeated the Calgary Hitmen 4-3 in overtime.

It was the first time the two teams have played each other since 2019 when the Americans earned a shootout win in Calgary. With tonight’s victory, the Americans have won their last three games against the Hitmen in overtime.

The Americans had a strong start to the game but struggled to find the net in the first period, despite outshooting Calgary 15-8. The Hitmen gained a 2-0 lead with goals from Riley Fiddler-Schultz and Oliver Tulk.

Tri-City turned the game around in the second period, starting with a goal from Jordan Gavin at 7:37. Deagan McMillan fed the puck down the slot to Gavin, who scored with a wrist shot that snuck past the glove side of Hitmen netminder Ethan Buenaventura. Carter Savage recorded his first WHL point with a secondary assist on the goal.

Six minutes later, Ethan Ernst scored backdoor off a cross-crease pass from Lukas Dragicevic. Ernst officially matched his points total from last season with 12 goals and 12 assists. He reached the career number in just 18 games compared to 62 games in 2021-22.

Calgary led shots 15-11 in the second frame as the game held tied at 2-2 into the final period.

Tulk scored his second to give Calgary back their lead early in the third period. The Americans hung in the game and with 12 minutes remaining in the game, Tyson Greenway evened the score as he cleaned up a loose puck in the crease off an initial shot from Ben Feenan.

The score held tied at 3-3 through the remainder of regulation, taking the game to overtime.

Greenway carried momentum into the extra frame and scored the overtime winning goal with a shot from the high-slot that slides through the five-hole of Buenaventura. He also tied his career-best with ten goals, a milestone he reached in 19 games this season and 67 games last year.

Tomas Suchanek played the full game in net, turning aside 36 of 39 shots faced and earning his eighth victory of the season.

With two assists tonight, Dragicevic extends his point streak to 13 games with four goals and 16 assists over that period. It was his fifth straight multi-point game.