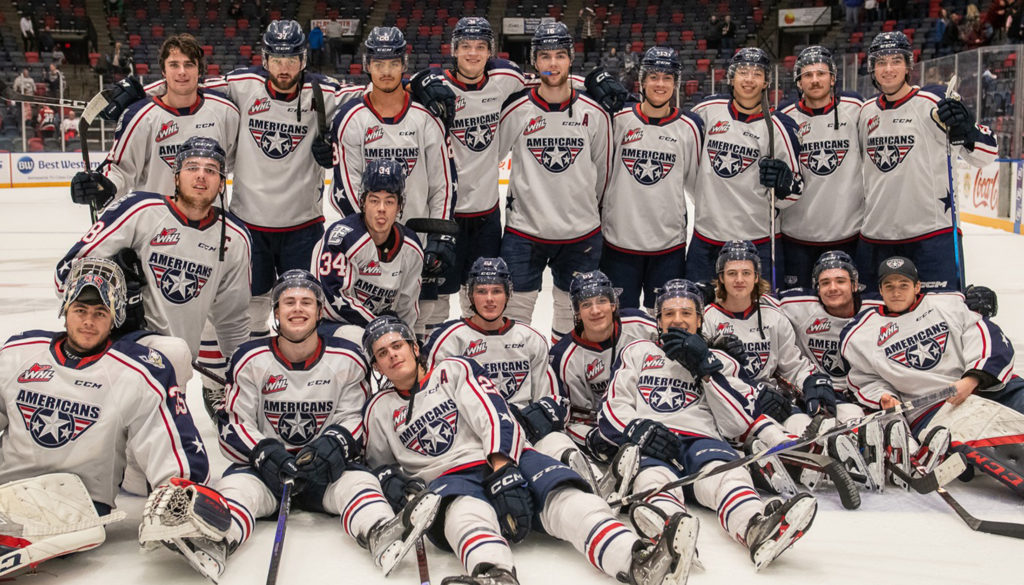 The Americans scored five straight goals to overcome an early deficit and defeat the Royals 5-4 at the Toyota Center on Wednesday.

It was the fourth and final meeting between the Americans and Royals this season. Tri-City finished the season series 2-1-1-0 with both of their victories against Victoria coming in Kennewick.

Matthew Hodson put the Royals on the board just 49 seconds into the game. Victoria’s offense exploded and they took a dominate 4-0 lead midway through the first period when the Royals added three goals over two-and-a-half minutes — one each from Riley Gannon, Reggie Newman, and a second goal of the night from Hodson.

Parker Bell broke through for the Americans and changed the momentum of the game with an unassisted power play goal late in the period, cutting Victoria’s deficit to 4-1.

Tomas Suchanek, who made his return to the Toyota Center after the World Junior Championship, was relieved in net by Nick Avakyan for the second period.

The Royals held their 4-1 lead until late second period. Ethan Ernst scored with a backhand shot around the right side of Royals goaltender Braden Holt at 18:23. Less than a minute later, Tyson Greenway recovered a misplayed puck in front of the Royals net and scored top-shelf on Holt to cut Victoria’s lead to 4-3 heading into the final period.

Reese Belton tied the game for the Americans early third period as he deflected a shot from Ernst on the power play. Ernst completed the comeback with a deflection of his own off an Adam Mechura shot from the slot with 6:06 remaining in the game. The Americans hung on for victory, improving their season record to 19-16-3-1.