Recap: Americans Double Up on Chiefs, 4-2 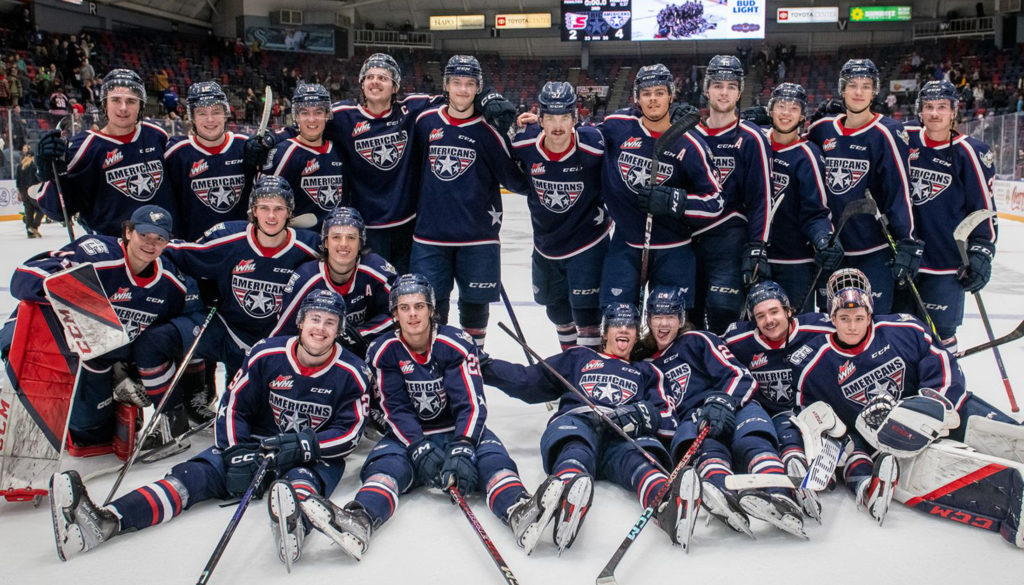 The Americans hosted the Spokane Chiefs at the Toyota Center tonight for the first time this season. Calgary Flames prospect Parker Bell led Tri-City with a pair of goals to a 4-2 victory over the Chiefs.

Spokane opened scoring early first period as Carter Streek put home a rebound off a shot from Raegan Wiles. Their lead didn’t hold for long as the Americans capitalized on their first power play opportunity of the night to tie the game at 1-1. Jake Sloan sent a pass across the slot to Parker Bell, who scored with a quick wrist shot over the blocker of Chiefs netminder Cooper Michaluk to even the score. Reese Belton followed late in the period with a highlight-reel goal as he scored backhand off a odd-man rush. Tri-City took a 2-1 lead into the first intermission.

Scoring continued in the second period for the Americans as Bell skated around the Chiefs defense toward the net and slid the puck around the Michaluk with his backhand. The goal was Bell’s 8th of the season, he has put up 21 points through 20 games played this season.

Ethan Ernst recorded the eventual insurance goal as he picked up his own rebound in a scramble around the net, putting it home to extend Tri-City’s lead to 3-1.

The Chiefs made a push in the third period, outshooting Tri-City 16-6 and adding a power play goal from Chase Bertholet with 13 minutes remaining. Tri-City was able to hold them off with a strong performance from goaltender Tomas Suchanek, securing their 4-2 victory.