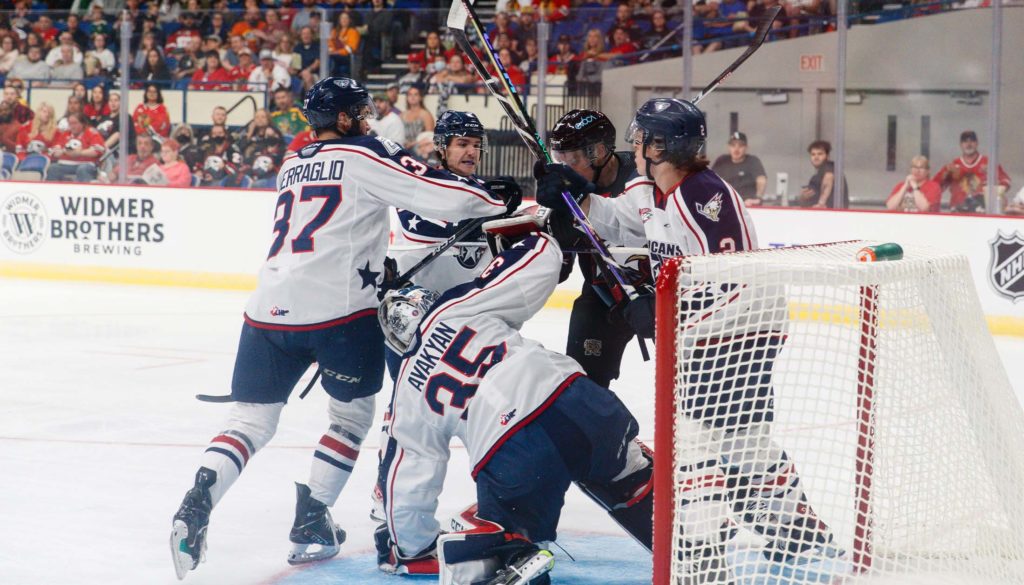 The Tri-City Americans took on the Portland Winterhawks for the first time this season. Despite a strong showing from Tri-City, they fell 4-2 at the Veterans Memorial Coliseum.

Portland opened scoring mid-way through the first frame with a goal from James Stefan.

The Americans nearly made it to the first intermission tied at one, but Gabe Klassen scored on the power play with one second remaining in the period to take back the lead for Portland.

Tri-City stayed in the game as Andrew Fan scored his first ever WHL goal early second period, evening the score at two. The 18-year-old native of Eagle River, Alaska picked up a loose puck and scored from the low slot area.

And the celly to match. pic.twitter.com/5UyzCipjJF

The game held tied for less than a minute as  Luke Schelter scored for Portland. They added one more goal in the third period from Robbie Fromm-Delorme on the power play to secure the 4-2 victory.

The Americans were out shot 44-23 through 60 minutes of play.

Nick Avakyan made his first start in net this season and played the full game. The 18-year-old native of Glendale, Calif. turned aside an impressive 40 shots.

Tonight’s game wraps up Tri-City’s season-opening four game road stretch, finishing 1-3-0-0. They will open the home portion of their season schedule next Saturday (October 8) at the Toyota Center. There will be a season kick-off party for fans in front of the Toyota Center on Wednesday (October 5), click here for details.