Recap: Americans Hang On in 4-3 Victory Over Cougars 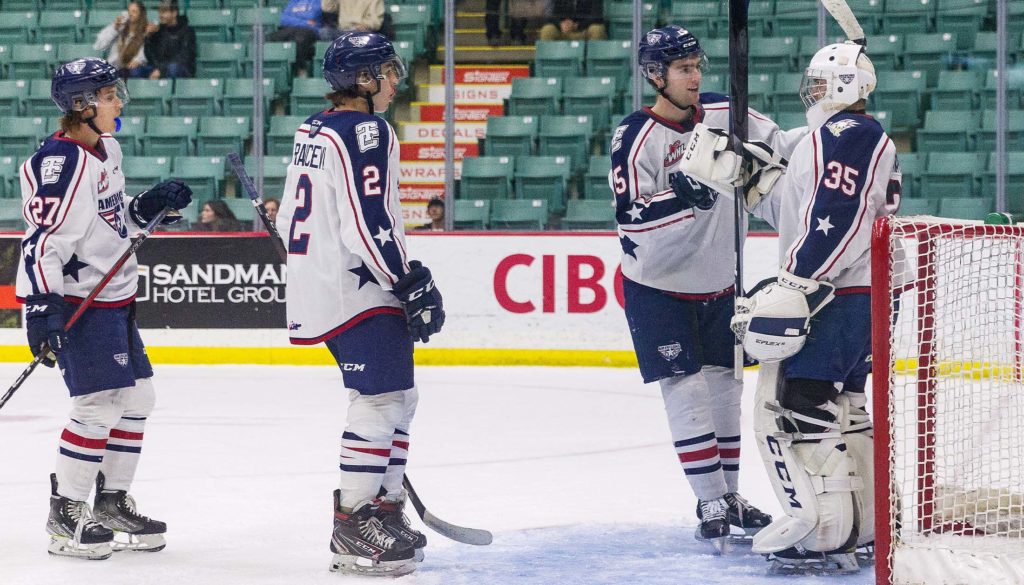 The Americans earned their second straight win as they defeated the Prince George Cougars 4-3 tonight in Prince George.

Sam Huo opened scoring tonight for the Americans 7:23 into the game, while playing four-on-four, with a wrist shot from the left circle. The goal came assisted by Connor Bouchard and Alex Serraglio.

The Americans held a 2-0 lead into the second period where their scoring continued.

Leading scorer Parker Bell added Tri-City’s third goal 4:30 into the middle frame with a hard one-timer, beating Cougars goaltender Tyler Brennan on the glove side. The goal came off a pass across the slot from Bouchard, his second assist of the night and fifth point in two games. Mitchell Brown also received an assist on the goal. Tonight was the 20-year-old defenseman’s first game back in the lineup after missing seven games due to injury.

The fourth and final Tri-City goal of the night came exactly halfway through the period as a strong forecheck forced a turnover in Prince George’s zone. Jake Sloan was set up with a centering pass from Tyson Greenway, scoring five-hole on Brennan.

Taylor Gauthier enter the game to relieve Brennan in net.

Jonny Hooker put Prince George on the board just over a minute after the goalie change with a power play goal, cutting Tri-City’s lead to three. The Cougars continued to gain on the Americans as Ryker Singer added a goal early into the third period. Hudson Thornton added another power play goal to put the Cougars within one with 2:30 remaining in the game.

The Cougars pulled Gauthier for an extra attacker in the final minutes to make one final push to tie the game but the Americans held on to secure their second straight victory.

Nick Avakyan played the full game in net for the Americans, stopping 23 of 26 shots faced to earn his first ever WHL victory. The 2004-born netminder is a native of Glendale, California and was signed by Tri-City during training camp.

The Ams will look to sweep the weekend as they faceoff against the Cougars once again tomorrow.