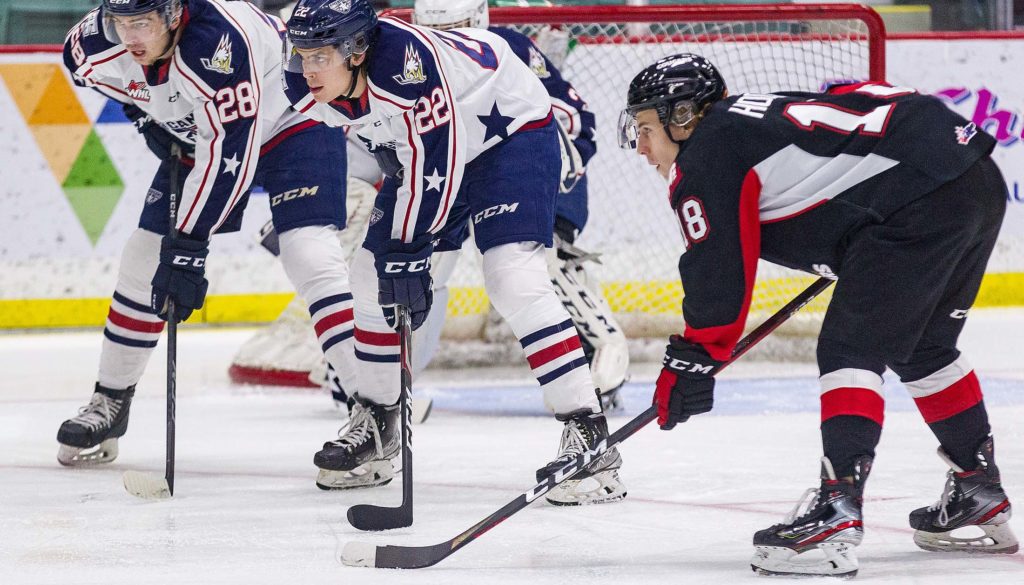 The Americans split their weekend doubleheader in Prince George with a 4-3 victory on Friday and falling 4-2 on Saturday.

The Cougars jumped out to a 1-0 lead 3:17 into the game tonight with a goal from Craig Armstrong. That would be the only goal scored until the third period when Ethan Samson added a second goal for the Cougars.

Halfway through the final frame, Americans forward Tyson Greenway sent the puck from the right corner across the crease to Ethan Ernst who scored backdoor on Cougars netminder Taylor Gauthier.

Ernst has scored five goals in eight games since being acquired by the Americans in a trade with the Kelowna Rockets.

Ethan Ernst gets us on the board! 🙌 pic.twitter.com/jbnvNRnmVi

The score held at 2-1 into the final minutes of the game. Prince George extended their lead with a goal from Ethan Samson at 16:13. Just 17 seconds later Connor Bowie add the fourth and final goal for the Cougars.

Tri-City cut the Cougars lead in half with a goal from Jake Sloan at 18:23, scored off a tight angle shot from the right corner.

Tomas Suchanek returned to the Americans lineup tonight after missing ten games due to injury. The Czech netminder stopped 32 of 36 shots faced from the Cougars.