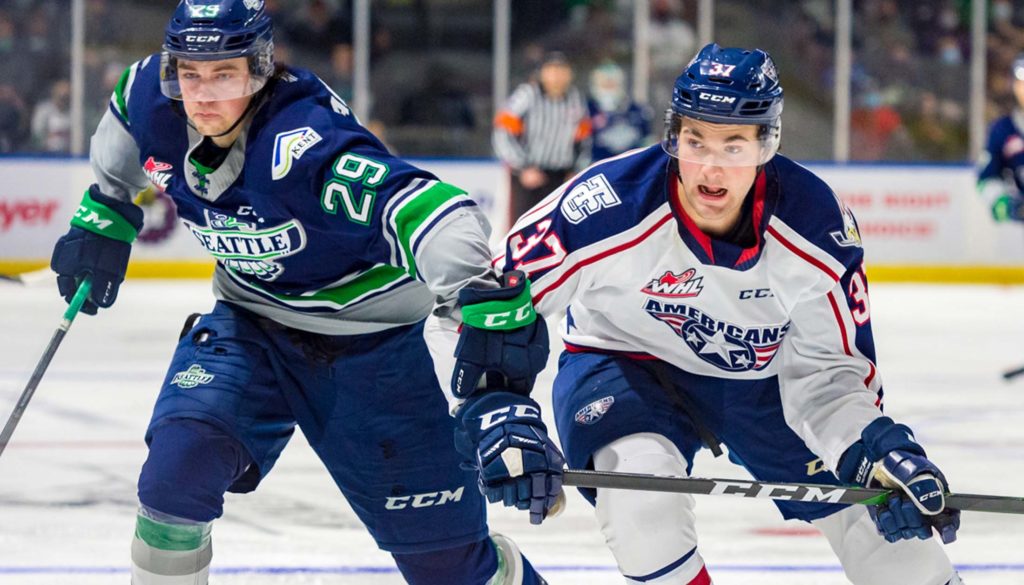 The Americans and Thunderbirds faced off tonight at the accesso ShoWare Center. Tri-City struggled to find their offensive rhythm and fell 5-1 to Seattle.

Nick Avakyan started in net for the Americans. The 2004-born netminder kept the Americans in the game early, only allowing one goal on 20 shots faced through the first period.

We glove to see it, Nick! 😍 pic.twitter.com/u176GiCBzM

Mekai Sanders finally broke past Avakyan on the power play and opened scoring 16:36 into the game. Seattle’s lead stayed at 1-0 into the second period.

The Thunderbirds took off in the second period with a trio of goals. Alessandro Segafredo, Jeremy Hanzel, and Jared Davidson each added a goal to extend Seattle’s lead to 4-0 heading into the final frame. Reid Schaefer went on to add one final goal for Seattle in the third period. All five of their goals came from different goal scorers.

Marc Lajoie came through with a goal for the Americans 8:18 into the third period. The 18-year-old defenseman scored with a wrist shot from the circle that snuck past the glove of Thunderbirds goaltender Thomas Milic. Rhett Melnyk and Parker Bell received assists on the goal.

The Americans return to the Toyota Center on Wednesday to take on the Victoria Royals.