Recap: Americans to Wrap Up Season Series Against Blazers 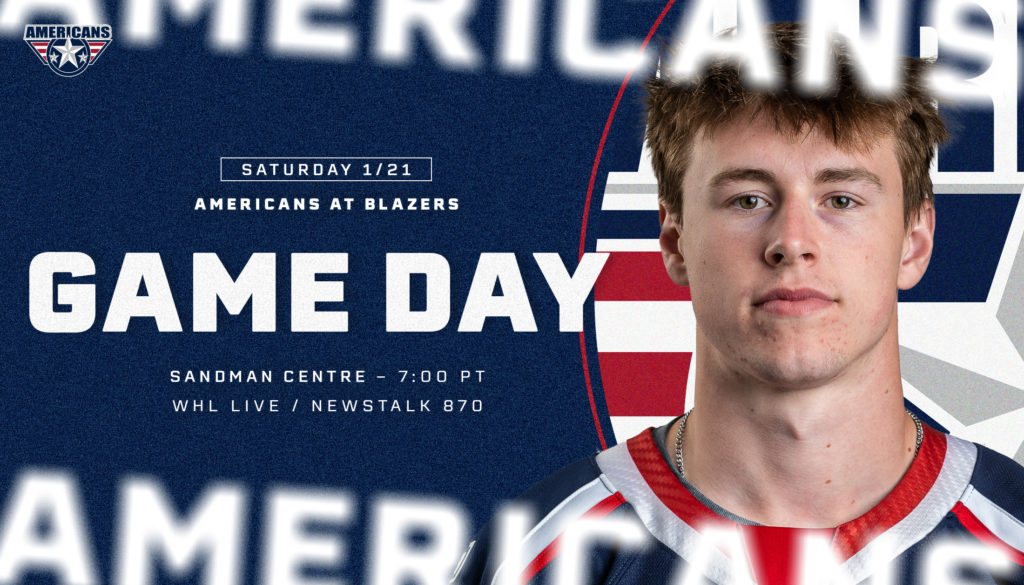 The Americans and Blazers will wrap up their season series tonight at the Sandman Centre.

The away team has won each game so far, with the Blazers taking both games in Kennewick and the Americans dominating last night in Kamloops.

After Tri-City’s strong special teams performance last night, the Americans and Blazers are tied for the best power play in the WHL at 29.3%.

Although Tri-City has struggled on the road this season with a 6-12-2-1 record away from the Toyota Center, they are 2-1-2-0 over their last five road games.

The Americans opened their weekend doubleheader in Kamloops with an impressive 8-2 victory, led by Parker Bell with his first WHL hat trick. Jordan Gavin had his second career two-goal night. Marc Lajoie also had a phenomenal night with four assists, a career best. Tomas Suchanek rebounded from a tough game on Wednesday with a 48-save performance, his best of the season. Deagan McMillan, Adam Mechura, and Elouann Lemonnier also scored for the Americans.