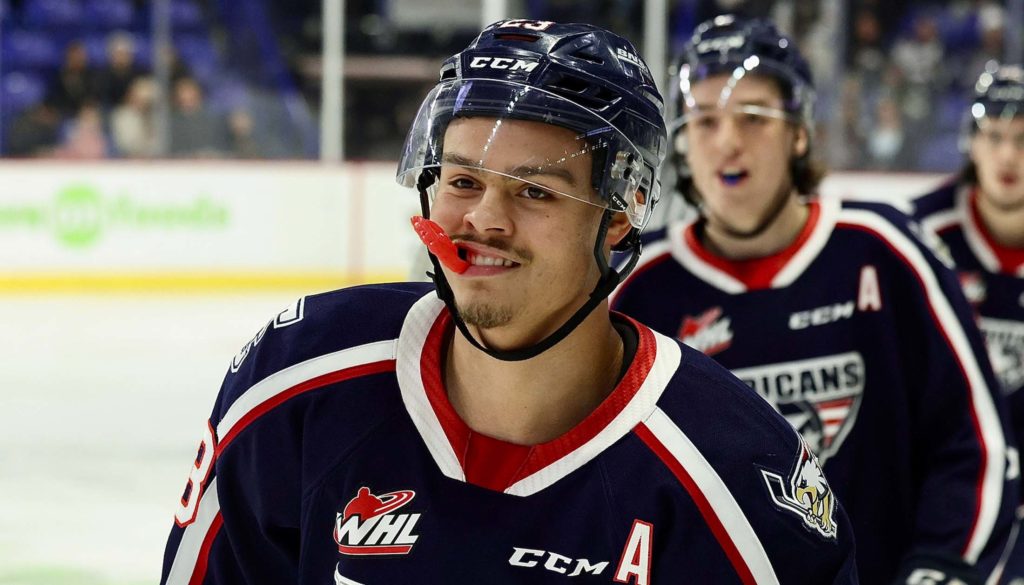 The Tri-City Americans defeated the Vancouver Giants tonight 7-3 with goals from seven different scorers. It was Tri-City’s first victory on the road since they defeated the Wheat Kings in Brandon on November 4th.

Tyson Greenway, who celebrated his 20th birthday today, opened scoring 4:11 into the game on the power play, scoring with a sharp-angle shot from the blueline that bounced in off the post. Midway through the period Alex Serraglio, a Langley, B.C. native, extended Tri-City’s lead to 2-0 as he sniped a shot top-shelf over the right shoulder of Giants goaltender Jesper Vikman.

Tri-City out shot Vancouver 8-5 in the first period.

Offense exploded in the second period for the Americans, beginning with a goal from Jalen Luypen just a minute into the period. The Chicago Blackhawks prospect swept in a loose puck in the crease after an odd-man rush set up by Reese Belton. Chase Friedt-Mohr followed a minute later with Tri-City’s fourth goal as he beat Vikman glove-side with a shot from the top of right circle. Halfway through the period Luypen set up Parker Bell on a shorthanded, odd-man rush. The Calgary Flames prospect tapped home another goal for the Ams, the first shorthanded marker of his WHL career. Tri-City continued to build on their lead with goals from Elouann Lemonnier and Ethan Ernst.

The Americans held a 7-0 lead after 40 minutes of play. They out shot Vancouver 17-4 in the second frame.

Tri-City’s offense halted and the Giants found their groove in the third period, scoring three straight goals. The night finished with a 7-3 victory for the Americans.

Tomas Suchanek and Adam Mechura returned to the lineup tonight after competing with Czechia, and earning a Silver Medal, at the recent World Junior Championship.

When the Ams win on the road, you get free fries back home! Show the coupon below at our local Kennewick Jack in the Box.