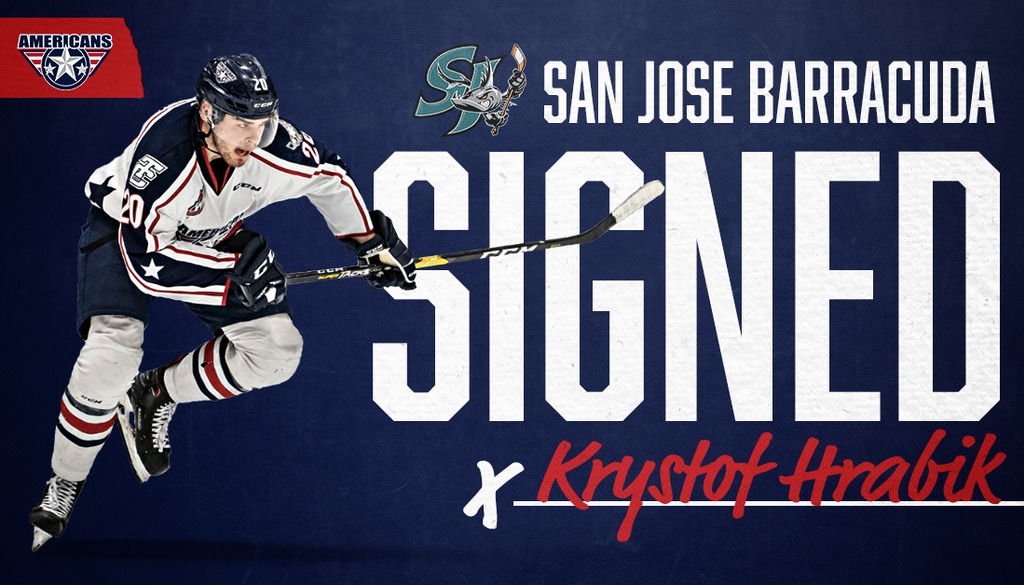 KENNEWICK, WA – The Tri-City Americans announced today that the San Jose Barracuda, the AHL affiliate of the San Jose Sharks, have signed 20-year-old forward Krystof Hrabik to a two-year AHL contract. In a corresponding move San Jose has loaned Hrabik to Tri-City for the 2019-20 season.

“Krystof is a natural center who can skate and play a power forward type of game,” said Barracuda General Manager Joe Will. “He played on the top line for the Czech Republic at the World Junior Championships last year and we expect him to be a top player in the WHL this season.”

Hrabik — a native of Praha, Czech Republic – was selected by the Americans in the first-round (41st overall) of the 2018 Canadian Hockey League Import Draft. Through the 2018-19 season he played 63 games for the Americans, totaling 51 points (21 goals, 30 assists). Hrabik represented Team Czech Republic at the World Junior Championship in 2018 and 2019.

The 6’4, 209-pound center appeared in two AHL exhibition games with the Barracuda, collecting two goals, while putting four shots on net and finished with a plus-one rating.

“We’re excited for Krystof and the opportunities that present itself for his future,” said Americans General Manager Bob Tory. “We’re also excited for his return to Tri-City.”

The Americans will return to the Toyota Center for the 2019 Home Opener this Saturday! Get details on the eventful night here.