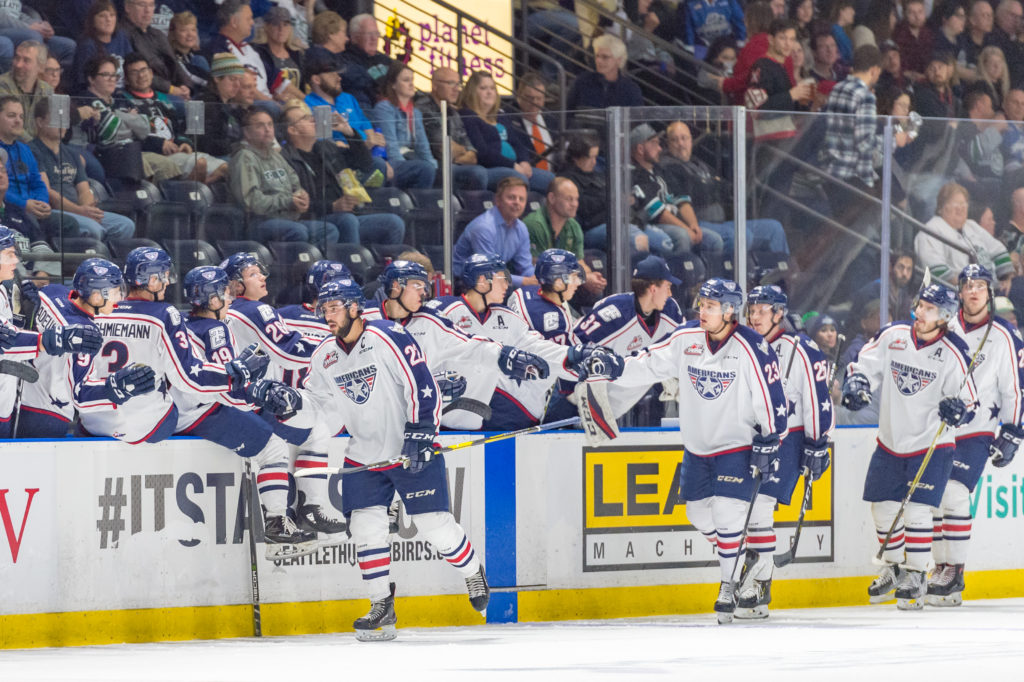 The Americans prevail over Thunderbirds for the second night in a row.

Tri-City dominated the first period scoring the only two goals and out shooting Seattle 9-7.

Mitchell Brown put the Americans on the board with his first goal of the season at 7:36, assisted by Sasha Mutala and Parker AuCoin. Three minutes later Riley Sawchuk double the Americans lead to two with a wrap-around goal assisted by Blake Stevenson and Connor Bouchard.

Andrej Kukuca opened scoring for Seattle at 2:17 in the second period. The Americans out shot the Thunderbirds 15-10 through the period.

Scoring ceased until Matthew Wedman netted the game-tying goal for Seattle at 16:06 third period. The Thunderbirds out shot the Americans 7-4 in the final twenty minutes. Regulation time finished with a score of 2-2 taking the Americans to overtime for the first time this season.

Mutala was tonight’s overtime hero in Kent giving Tri-City the win. The second year forward scored at 1:46, assisted by Hrabik.