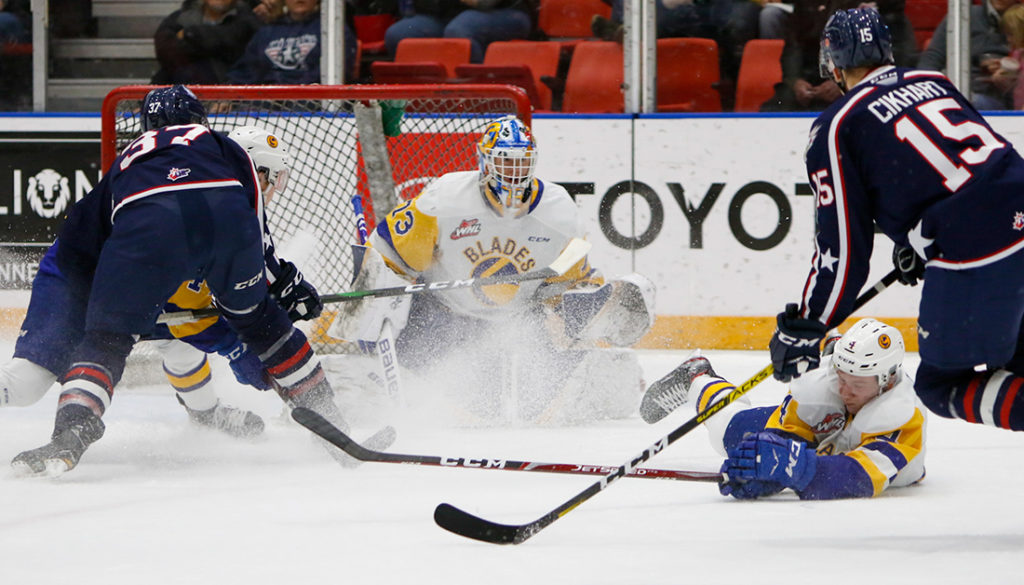 Saskatoon made their biennial visit to the Toyota Center tonight. The game remained scoreless through forty minutes before the Blades scored twice within thirty seconds. Americans rookie Booker Daniel scored with four minutes remaining in the third period, but Tri-City was unable to find the game tying goal.

Beck Warm played in net for the Americans, stopping 43 of 45 shots faced. Tri-City was out shot 45-35 by the Blades.

The Americans announced a trade after tonight’s game. Defenseman Luke Zazula has been acquired from the Kamloops Blazers. Details here.