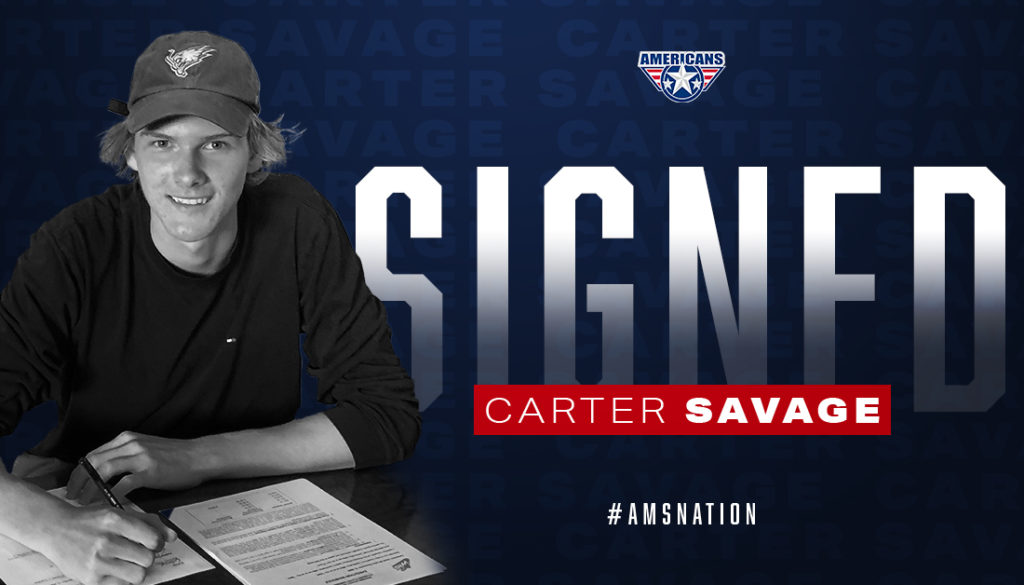 KENNEWICK, WA – Tri-City Americans General Manager Bob Tory announced today that the team has signed defenseman Carter Savage to a WHL Standard Player Agreement. Savage was selected by Tri-City in the sixth round at 113th overall in the 2020 WHL Bantam Draft.

“Carter is a big, physical defenseman with a high hockey IQ and good puck skills,” stated Tory. “He will add depth to our strong 2005-born draft class.”

In February, Savage competed with Delta Hockey Academy at the 2020 WHL US Challenge Cup where he was named to the tournament’s All-Star team.

“I’ve always dreamed of playing in the WHL and this is the first step. I’ve been looking forward to signing since draft day when I saw my name selected by Tri-City,” said Savage. “All the staff and players I’ve talked with have been really nice and welcoming.”

Last season at Delta Hockey Academy Savage paired with Lukas Dragicevic, Tri-City’s first-round selection in the 2020 Bantam Draft, who signed with the club in April.

“Lukas and I are both super excited. We were talking last week about how cool it is that we played together last year and now hopefully soon in Tri-City,” said Savage.

The Americans have now signed their top five selections from the 2020 draft class. Lukas Dragicevic, Deagan McMillan, Ben Stokes, and Tanner Gould have also signed with the club.

Americans Battle Back to Earn Point, Fall Short in Overtime
15 hours ago
3:21
Video Highlights: 12/1 vs. Victoria
15 hours ago