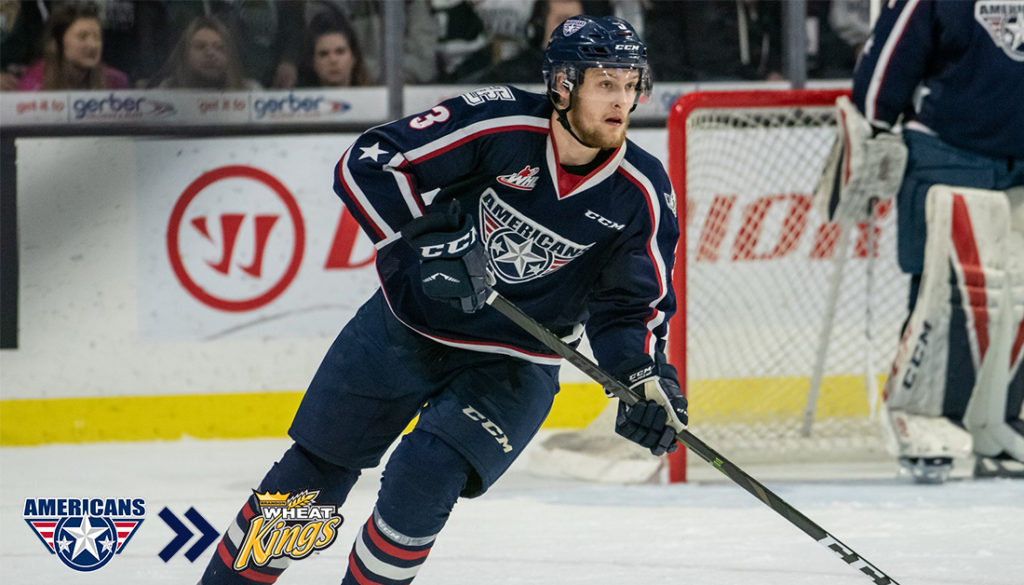 KENNEWICK, WA – Tri-City Americans General Manager Bob Tory announced today that the team has traded 20-year-old defenseman Dominic Schmiemann to the Brandon Wheat Kings for two WHL Bantam Draft picks. Tri-City will receive a 5th round pick in 2020 and a conditional 6th round pick in 2022.

“Dom was an excellent player and leader for our hockey club,” stated Tory. “However, with the return of Kyle Olson and Krystof Hrabik we were forced to move an overage player. We wish Dom nothing but the best in Brandon.”

Schmiemann was acquired by the Americans last season from the Calgary Hitmen. The 6’4 and 195-pound native of James River Bridge, Alberta played 63 total games for the Americans. In his time with the club he totaled four goals, eleven assists, and 109 penalty minutes.