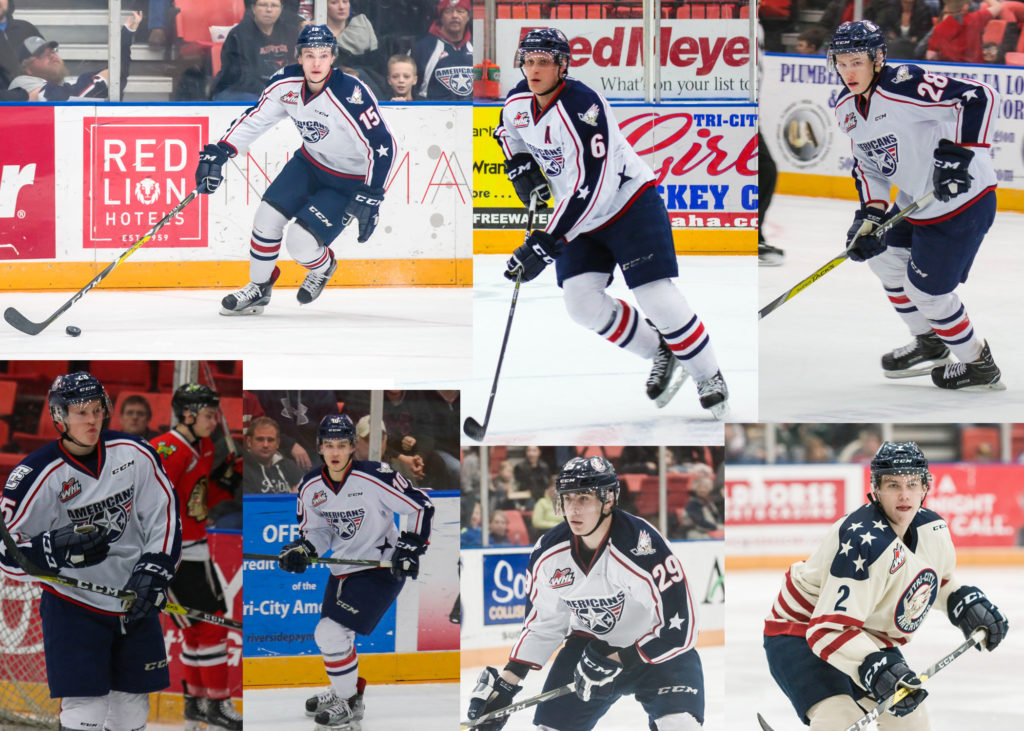 KENNEWICK, WA – The final 2017 NHL Draft Prospect Rankings have been released and the Americans have a total of seven players in the top 153, one additional player since the midterm rankings. Never before have the Americans had 7 players ranked for the NHL Draft.

Bob Tory, Tri-City Americans Governor and General Manager, said, “It is always nice to see your players recognized for the upcoming NHL Draft by being ranked.”

The final rankings of the Americans players are as follows:

“We wish all of our players good luck as they continue to pursue their hockey goals, dreams and ambitions,” stated Tory.