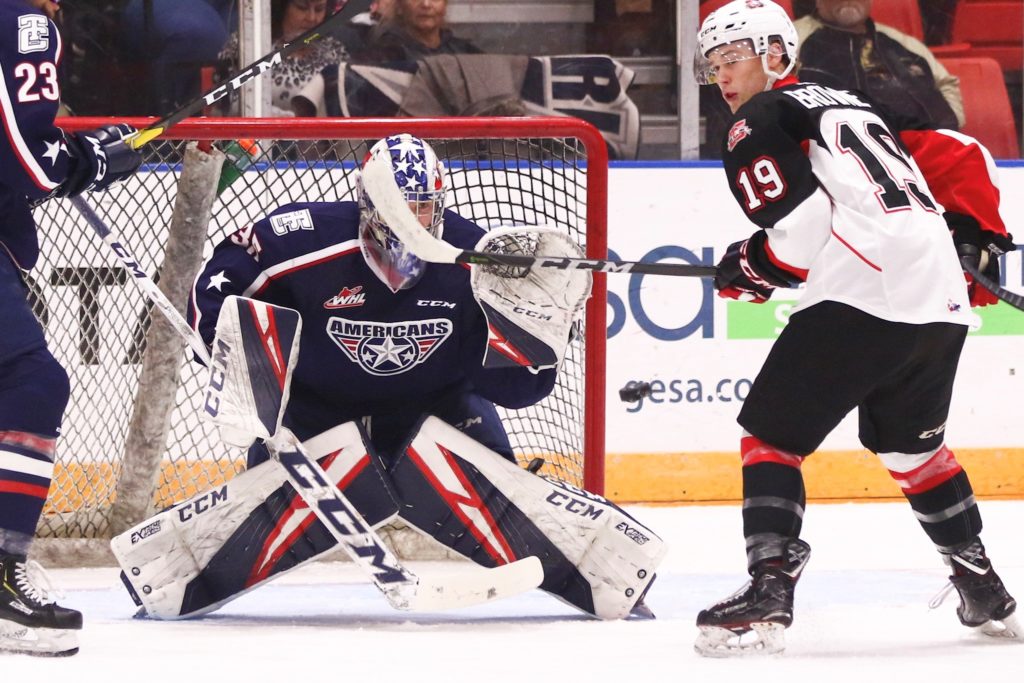 The Tri-City Americans earn a victory tonight against the Prince George Cougars at the Toyota Center.

There was no scoring in the first period from both ends.

Third star of the night, Vladislav Mikhalchuk, scored the two goals for the Cougars and the first two power play goals of the night in the second period. Matéj Toman and Rhett Rhinehart assisted the first goal and the second came in with the help of Cole Moberg and Ethan Browne.

Nolan Yaremko scored Tri-City’s  first shorthanded goal of the year with the help of Parker AuCoin in the second at 3:11.

The goals keep coming in after that. The Americans scored their first power play since November 9 in Regina. Isaac Johnson scored it at 9:51 assisted by Aaron Hyman who made his debut with the Americans today.

Krystof Hrabik scored the game-winning goal in the second as well at 18:42 with the support of Sasha Mutala and Samuel Stewart.

First star of the night Sasha Mutala lands the insurance goal with the assist of Riley Sawchuk and Connor Bouchard in the third at 6:00.

The Americans will take on the Kelowna Rockets this Friday at home at 7:05 p.m. Buy your tickets at the Toyota Center Box Office or online here. 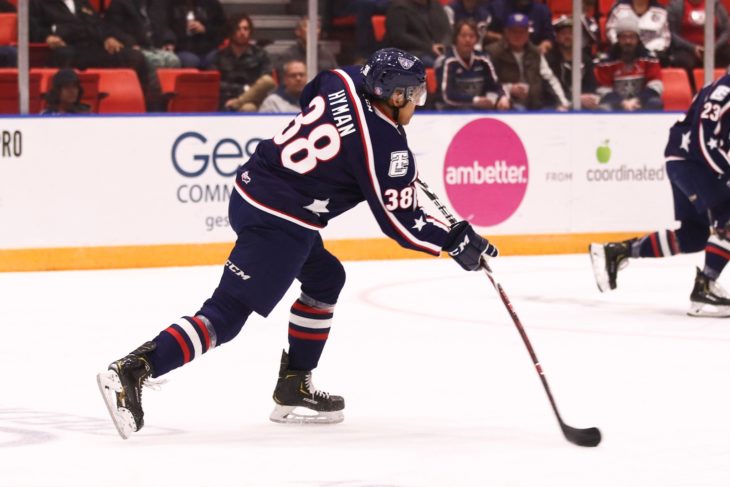