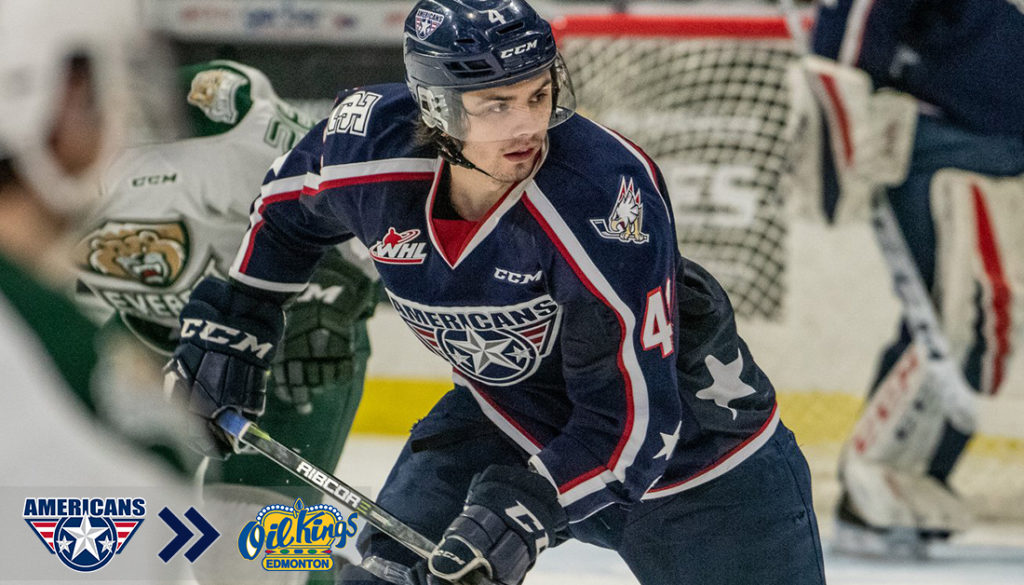 KENNEWICK, WA – Tri-City Americans General Manager Bob Tory announced today that the team has traded 19-year-old defenseman Samuel Stewart to the Edmonton Oil Kings. In return, the Americans will receive a 4th round pick in the 2023 WHL Bantam Draft.

Tri-City signed Stewart to WHL Standard Player Agreement as a listed player in December 2016. The Brandon, Manitoba-native played 109 games for the Americans over three seasons and collected a total 31 points (two goals and 29 assists).

Up next at the Toyota Center is the annual New Year’s Eve game against the Spokane Chiefs. Join us for the last home game of the decade. You can purchase tickets online from Ticktmaster here.