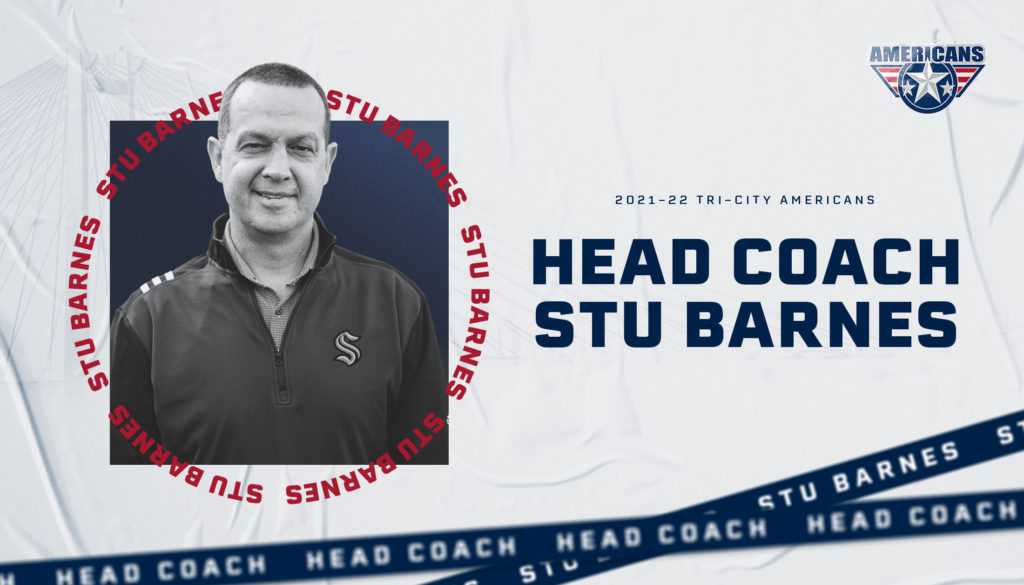 Barnes, 50, began his hockey career with the St. Albert Saints of the Alberta Junior Hockey league in 1986 before jumping to the WHL the following season. After one year with the New Westminster Bruins, Barnes relocated with the franchise to Tri-City for the 1988-89 season.

He posted 59 goals and 141 points in 70 games for the Americans in their inaugural season. Barnes was awarded the Four Broncos Memorial Trophy that year, given to the WHL’s Player of the Year. After his impressive season in Tri-City, Barnes was selected fourth overall in the 1989 NHL Entry Draft by the Winnipeg Jets.

He finished his junior career by collecting 144 points in 63 games in 1989-90, a total which sits second all-time in Americans franchise history for points in a single season.

Barnes went on to enjoy a 16-year professional career which saw him play 1,136 games in the NHL with the Winnipeg Jets, Florida Panthers, Pittsburgh Penguins, Buffalo Sabres, and Dallas Stars. During his NHL career, he totaled 575 points (261 goals, 336 assists) and reached the Stanley Cup Final twice (Buffalo, 1999; Florida, 1996).

“Stu had a tremendous impact on the Americans organization as a player and fan favorite,” stated Tory. “As a fierce competitor himself, he understands the development process of today’s young players and will bring relentless passion and energy to the job. He was also a great leader and will bring those qualities he had as an NHL captain to our team.”

Barnes will be the 15th Head Coach in Americans franchise history.

Recap: Power Play Success Not Enough for Ams in 6-3 Loss to Silvertips
3 days ago