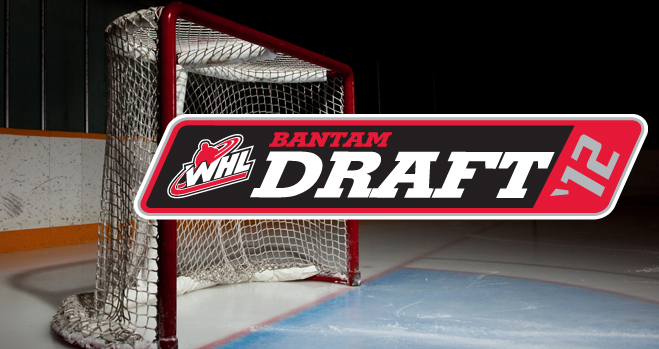 Wotherspoon, listed at 5’10 and 167 pounds, became the first defenseman taken by Tri-City in the first round since Zachary Yuen in 2008 and just the fifth blueliner taken in the opening round in the past 12 years.  A member of the Cloverdale Colts Bantam club, Wotherspoon appeared in 45 games and totaled 15 goals and 49 points.  The Surrey, British Columbia-native is the younger brother of current Portland Winterhawks defenseman, Tyler Wotherspoon.

Then, after sitting out the 2nd Round, Tri-City followed with four picks in the Round 3.

Braden Purtill (3rd, 46th overall) marked the clubs first of four selections.  A 5’10 176 pound center, Purtill was a member of the Winnipeg Sharks of the Winnipeg Minor Hockey Association where he amassed 33 goals, 53 points and 56 penalty minutes in 47 total games.  Purtill, who led the Sharks in both goals (20) and points (30) during the regular season, comes from the same program that developed recently departed Tri-City overages, Adam Hughesman, Brendan Shinnimin and Mason Wilgosh.

Then, with the 55th overall pick, Tri-City went back to the Cloverdale Colts to select defenseman Tyler Fraser.  A linemate of Wotherspoon, Fraser notched 11 goals and 34 points in 45 games with the Colts, along with a plus-53 rating.  The Colts were widely considered one of the strongest bantam teams this season, eventually losing to Burnaby Winter Club in the finals of the provincial tournament.

Of the 11 players selected today, the Americans grabbed six forwards, four defensemen and one goaltender.  Tri-City also selected three players from the United States, which marks the fourth straight season that the club has drafted at least one U.S.-born player, four from British Columbia, two from Alberta and one each from Saskatchewan and Manitoba.