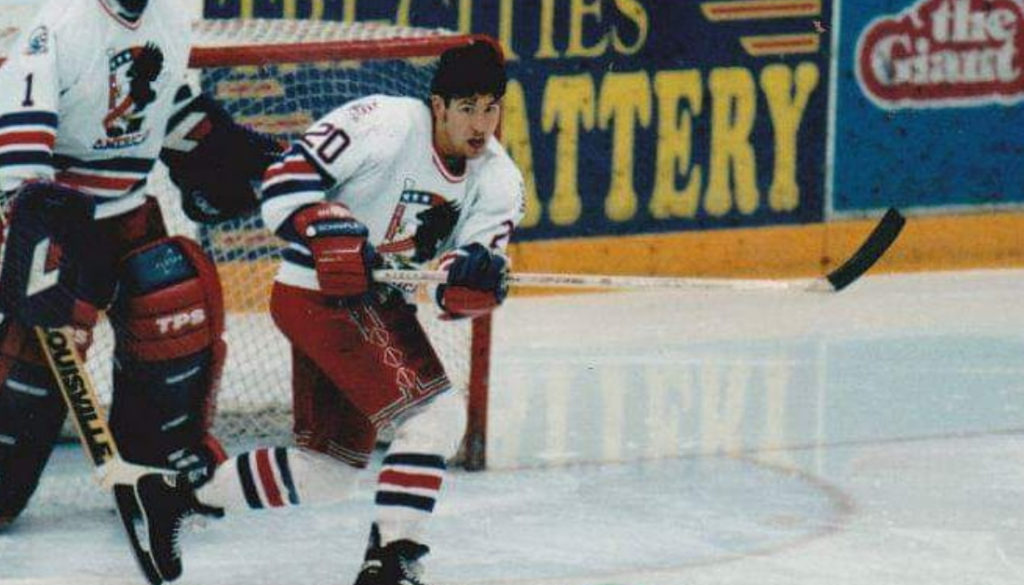 KENNEWICK, WA – The Tri-City Americans are excited to announce that alum Terry Ryan (1992-96) will make a guest appearance at the Saturday, March 2nd game against the Spokane Chiefs.

“It’s always great when our alumni return for a visit,” said Americans General Manager Bob Tory. “Terry was an integral part of some very good teams in Tri-City. It will be exciting for our long-term fans to remember some of his magic.”

One of the most memorable moments in Americans history was Ryan’s game-winning overtime goal against the Spokane Chiefs in game 7 of the 1995 Western Conference Semifinals. The series was the first ever playoff matchup between the two U.S. Division rivals.

The St. Johns, Newfoundland native was a first-round draft pick in the 1995 NHL draft along with teammates Daymond Langkow and Brian Boucher. The Montreal Canadiens selected Ryan eighth overall, the team’s highest draft pick in a decade. He played eight total games in the NHL over three seasons.

Ryan tells the story of his abbreviated NHL career in his comedic and insightful autobiography Tales of a First-Round Nothing: My Life as an NHL Footnote. The book, originally published in 2014, is available to purchase online here and pick up at the Americans office.

Tickets are available at the Toyota Center Box Office and online here.