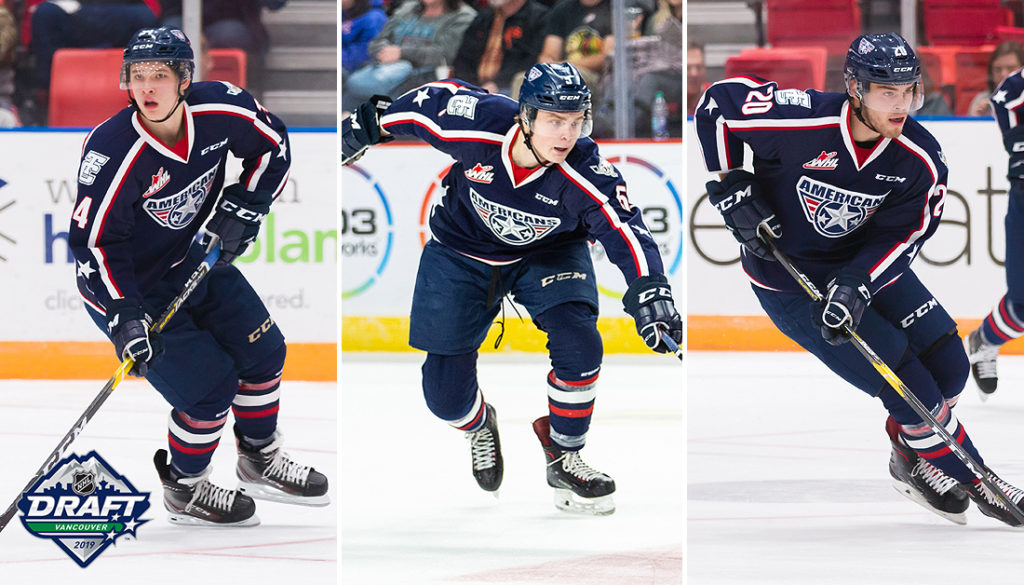 KENNEWICK, WA – NHL Central Scouting issued their midterm rankings of prospects for the 2019 NHL Entry draft today including three players from the Tri-City Americans. Sasha Mutala, Mitchell Brown, and Krystof Hrabik are among 217 North American skaters featured on the list.

“We are proud that our players have been recognized for the upcoming draft and wish them all the best through the rest of the season,” said Americans general manager Bob Tory.

Forward Sasha Mutala is ranked 81st on the list. Selected by Tri-City in the first-round (6th overall) of the 2016 Bantam Draft, Mutala has tallied 25 points (11 goals, 14 assists) in 41 games with the Americans this season. He will represent Team Orr at the Sherwin-Williams CHL/NHL Top Prospects Game this Wednesday in Red Deer, AB. The 2019 NHL Draft will be held June 21-22 in Mutala’s hometown of Vancouver, B.C.

Following Brown, forward Krystof Hrabik is ranked at 132. Hrabik was selected by Tri-City in the first-round (41st overall) of the 2018 CHL Import Draft. He recently returned from competing at World Juniors with the Czech Republic. While with the Americans he has totaled 28 points (9 goals, 19 assists) in 38 games.