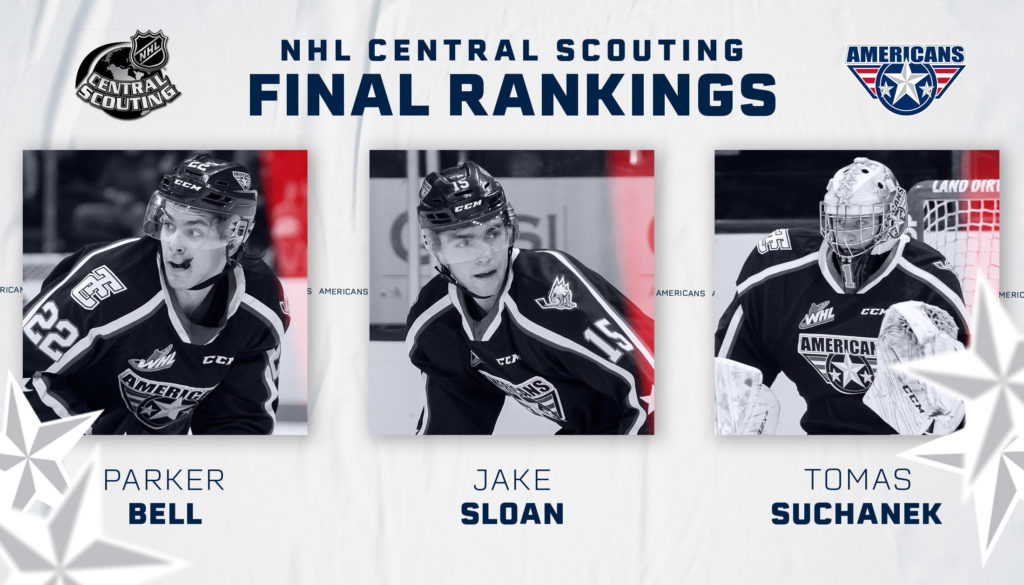 The rankings are Central Scouting’s compilation of top prospects from all the major development leagues throughout North America and Europe.

Hailing from Leduc, Alta., Jake Sloan was selected by Tri-City in the third round of the 2019 WHL Prospects Draft. The 2004-born forward stands at six-foot-three and 207-pounds. He tallied 17 goals and 16 assists through 57 games played this season with Tri-City.

Bell, a native of Campbell River, B.C., was selected by Tri-City in the fifth round of the 2018 WHL Prospects Draft. The six-foot-four and 192-pound forward finished the season with 18 goals and a team-high 31 assists through 64 games played. Before this season he had scored just once and totaled six assists over 61 games between the 2019-20 and 2020-21 seasons.

As a late 2003-born player, Bell is eligible to be selected for the first time in the 2022 NHL Draft.

Netminder Tomas Suchanek, a native of Czechia, was selected by Tri-City ninth overall in the 2020 CHL Import Draft. Suchanek, six-foot and 172-pounds, played 42 games this season with the Americans, averaging 3.87 goals against and a .901 save percentage.

The 2022 NHL Draft is set to take place July 7 and 8 at the Bell Centre in Montreal.

The Americans are now selling season tickets for the 2022-23 season. Pay in full before June 30th for a chance to win a Connor Bouchard Police K9 jersey. Click here for details.