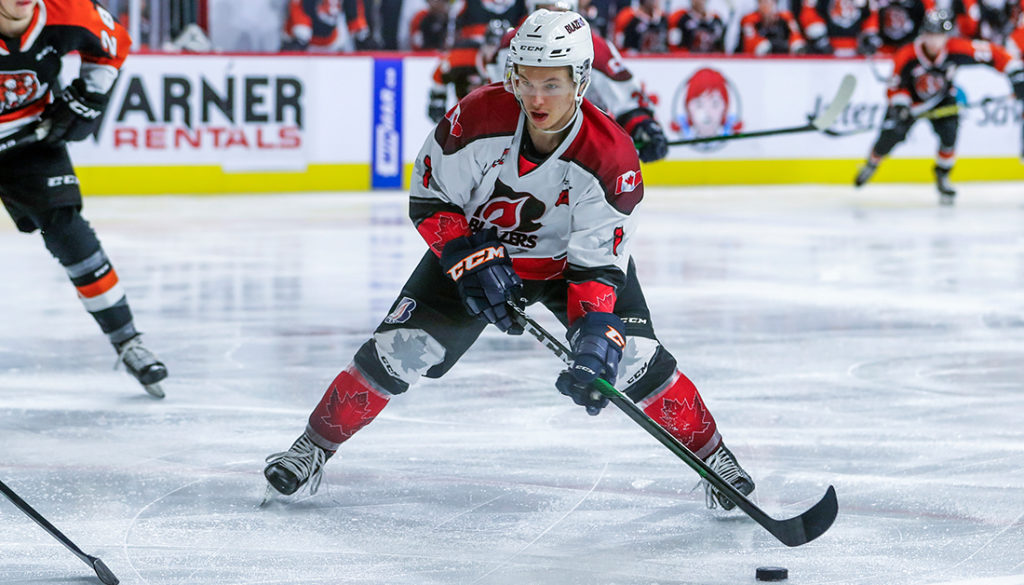 KENNEWICK, WA – Tri-City Americans General Manager Bob Tory announced today that the team has acquired 19-year-old left defenseman Luke Zazula from the Kamloops Blazers in exchange for a second and third round pick in the 2021 WHL Bantam Draft.

“Luke is a skilled defenseman that skates very well and plays with tremendous grit and desire. He will immediately make our defense core better and deeper while also providing support to our power play,” stated Tory. “Luke is a player we have had an eye on for some time.”

Zazula, a native of Langley, BC, was drafted by Kamloops in the fourth round (82nd overall) of the 2015 WHL Bantam Draft. He has recorded 52 points (9 goals, 43 assists) and 196 penalty minutes in 185 games played for the Blazers. The 5’8, 170-pound defenseman is expected to make his debut with Tri-City on Friday at the Toyota Center as the Americans match up against the Victoria Royals.

—
The Americans will host the Victoria Royals and Vancouver Giants this weekend at the Toyota Center. Tickets can be purchased here.