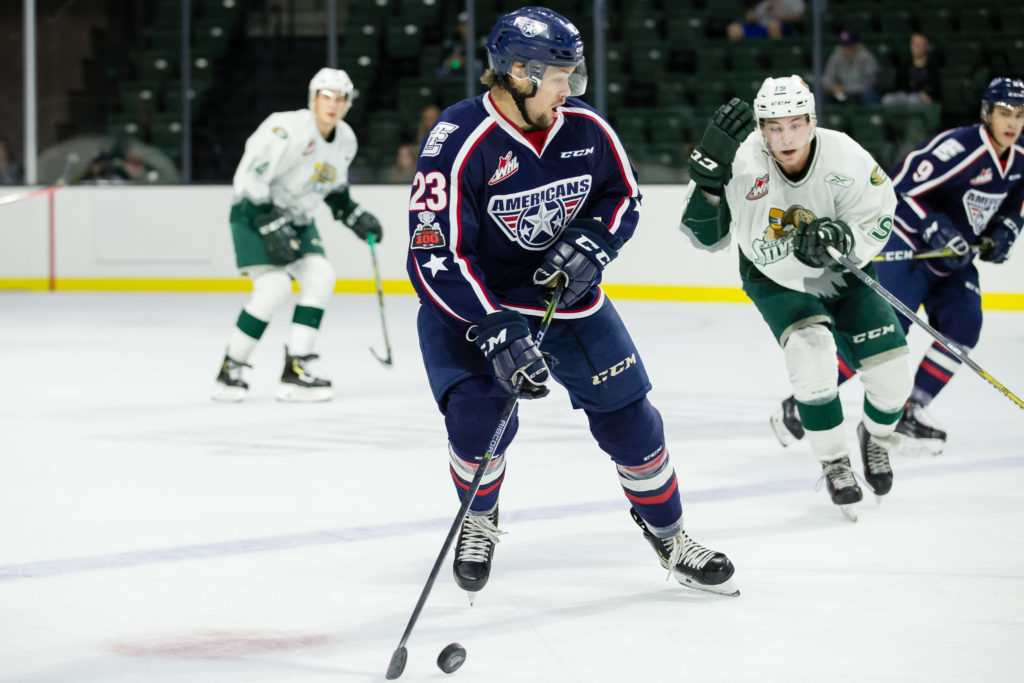 Beck Warm dominated tonight match-up in Everett stopping 53 of a career-high 55 shots faced to earn his sixth straight victory for the Americans.

Sasha Mutala forced a turnover at Everett’s blue line setting up Krystof Hrabik at 6:18 second period for tonight’s first goal. Mutala’s assist extends his point streak to a career-high seven games. Everett’s Connor Dewar scored 27 seconds later tying the game at one. Mutala stole back the lead for Tri-City 21 seconds later with a one-timer from the face-off circle, assisted by Hrabik. The three opening goals were scored within 48 seconds of each other.

Americans captain Nolan Yaremko capped off the second period with a power play goal from the slot to give Tri-City a 3-1 lead, assisted by Parker AuCoin. Everett led second period shots 15-7.

Riley Sutter scored at 12:35 third period to put Everett within one of Tri-City’s lead, but were unable to complete a comeback. Parker AuCoin scored an empty net goal for the Americans with one second remaining in the game to seal the win.