Americans Come Up Short in Back-and-Forth Game Against Rebels 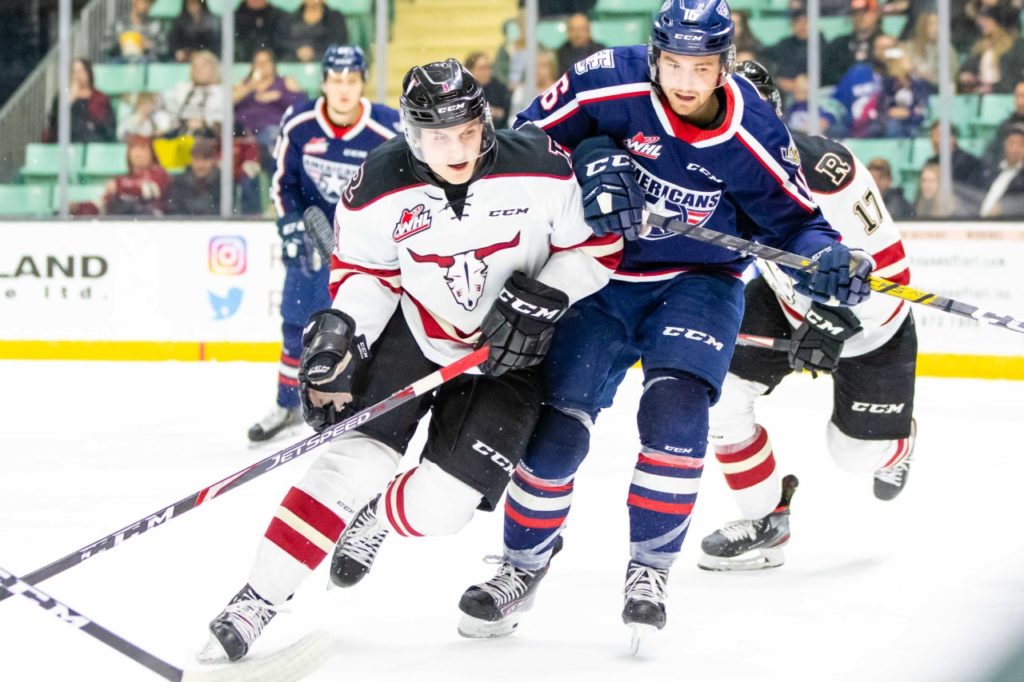 RED DEER, AB – The Americans wrapped up their Central Division road trip today in Red Deer. After a wild back-and-forth affair, the Americans came up short falling 7-5 to the Rebels.

After letting in two goals on two shots the Rebels replaced goaltender Byron Fancy in net with Ethan Anders. Anders would go on to stop 18 of 21 shots faced through the remainder of the game.

The Rebels replied with four straight goals. They held a 4-2 lead mid-second period when Colorado Avalanche prospect Sasha Mutala replied for the Americans on the power play.

Booker Daniel tied the game one last time for the Americans after the Red Deer goaltender Anders turned the puck over behind his own net.

King added another power play goal for the Rebels to put them back in front. They would go on to add an empty net goal to for tonight’s insurance marker.

The Americans finished tonight 3 for 7 on the power play while the Rebels went 3 for 6.

Talyn Boyko had his second straight start in net for the Americans tonight. He stopped 31 of 37 shots faced.