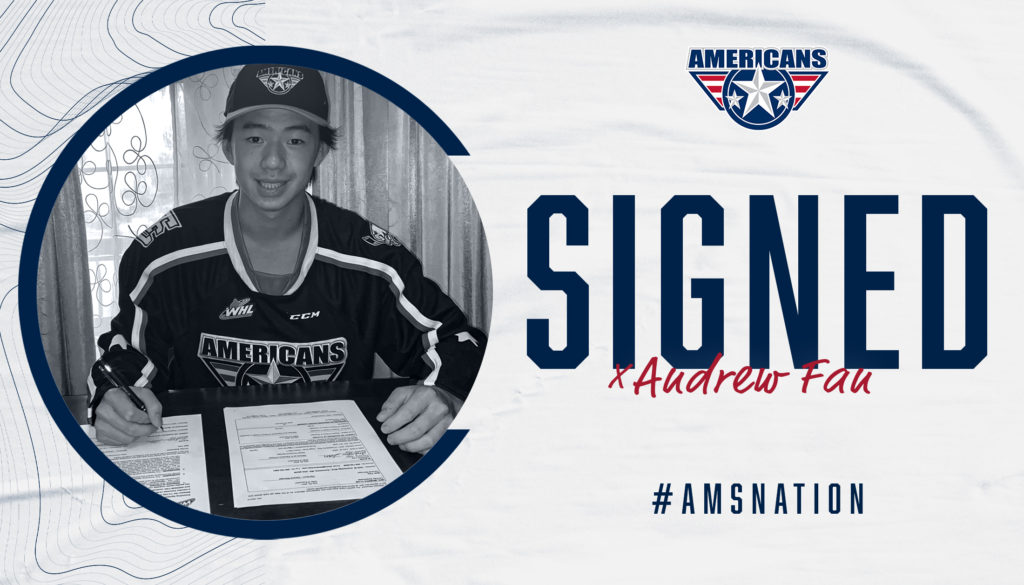 “We had an opportunity to watch Andrew at the USA Hockey Pacific District camp where he excelled and we added him to our list,” said Tory. “We are excited that Andrew has chosen our program for his future hockey development and welcome him to our organization.”

Fan is a native of Eagle River, Alaska and played last season with Fox Motors U16 of the Tier 1 Elite Hockey League. The five-foot-ten and 180-pound right-winger recorded two goals and 11 assists through 16 games played.

“It feels amazing to sign with Tri-City,” said Fan. “I have been dreaming of playing in the Western Hockey League for a while. It’s a great feeling and I can’t wait to get started.”