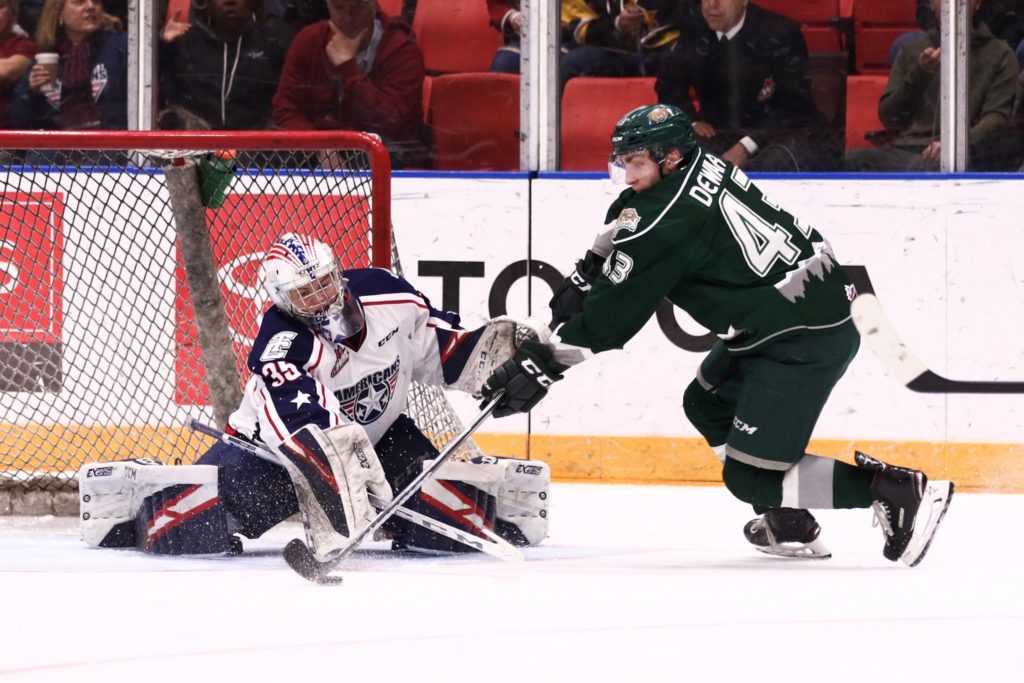 KENNEWICK, WA – Tri-City Americans goaltender Beck Warm set a new franchise record for saves in a single season on Friday. The 19-year-old from Whistler, B.C. stopped 33 of 35 shots faced from the Silvertips in the Americans’ 3-0 loss at the Toyota Center.

“This is a tremendous accomplishment for Beck,” said Americans general manager Bob Tory. “He has been a workhorse for our hockey club. He is one of our leaders and has been integral to our season’s success.”

Warm has played 105 games in the Western Hockey League, all with the Tri-City Americans. During that time he has averaged 3.18 goals against and a .907 save percentage. His total career record is 50-40-4-1.