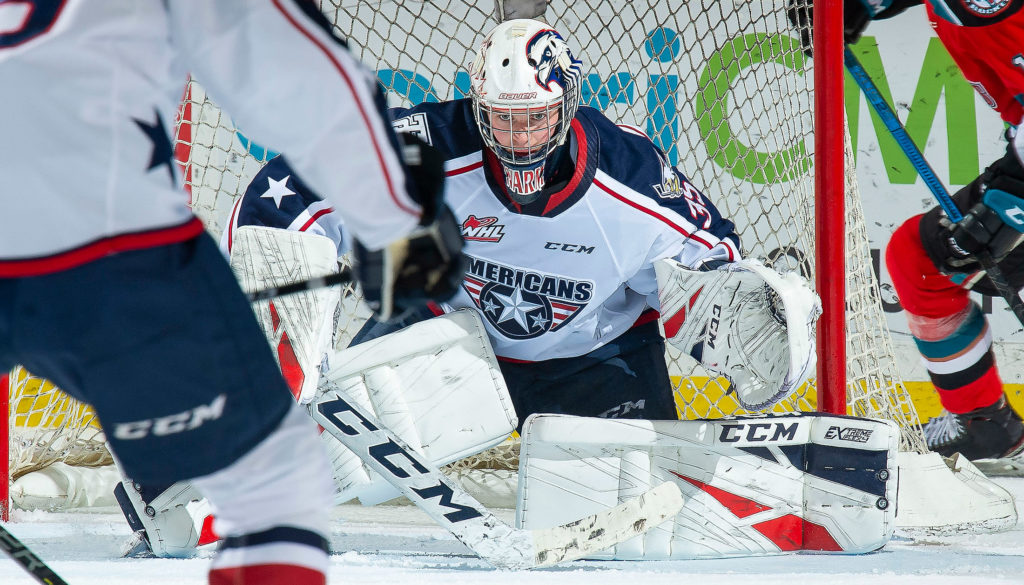 The American Hockey League announced Wednesday that Beck Warm, an Americans alum, has been voted to the league’s 2020-21 Central Division All-Star Team. The AHL rookie played this past season with the Chicago Wolves, an affiliate of the NHL’s Carolina Hurricanes.

The 21-year-old product of Whistler, B.C. is a testament to perseverance, having been passed over in the WHL Draft before going on to appear in 150 career regular season games, including being named to the WHL’s Western Conference Second All-Star Team during the 2018-19 season. Even though Warm excelled with the Tri-City Americans and Edmonton Oil Kings over the course of four years in the WHL, he went unselected in the NHL Draft,

The 6-foot, 172-pound netminder played 150 WHL games over four season, 135 of which were with Tri-City. He finished his WHL career with a 3.15 goals-against average and 0.908 save percentage.

He joined the Chicago Wolves for the 2020-21 season and quickly emerged as their top goaltender. Warm played in 14 games for the Wolves and posted a 2.74 goals-against average and 0.914 save percentage. He finished the season with a 8-4-1 record including two shutout victories.

Warm’s impressive season earned him a two-year, entry-level contract with the NHL’s Carolina Hurricanes in March.