Warm named to Vaughn CHL Team of the Week 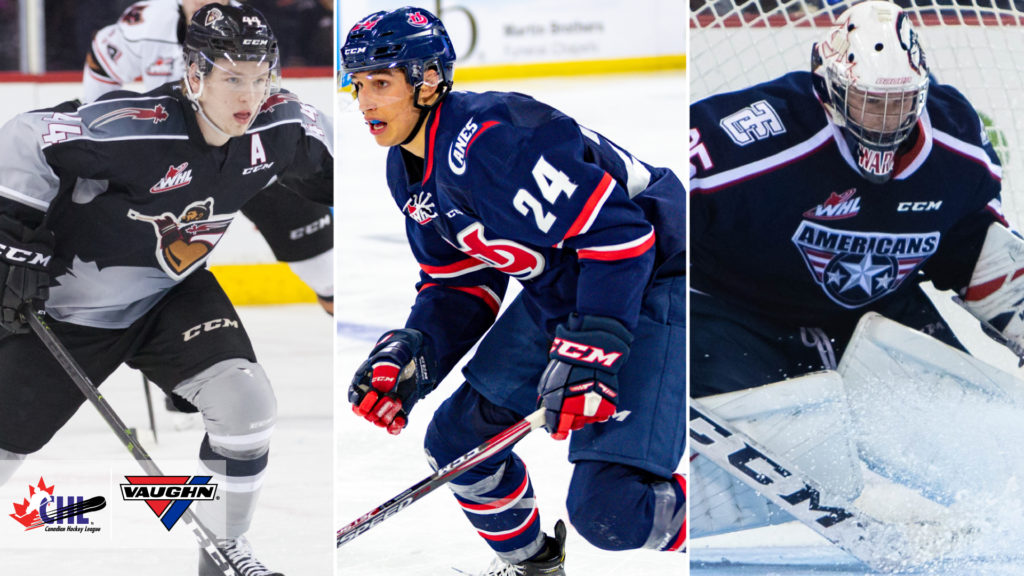 The forward ranks are headlined by London Knights centre Connor McMichael, who posted five goals and two assists for seven points to help guide his club to back-to-back victories over the Erie Otters and Hamilton Bulldogs. For his efforts, the Washington Capitals first-round pick was recognized as the OHL On the Run Player of the Week.

Drawing even with McMichael at seven points is Rimouski Oceanic left-wing Alexis Lafreniere, a projected top selection for the upcoming 2020 NHL Draft who picked up two goals and five assists as his squad downed the Sherbrooke Phoenix and Drummondville Voltigeurs to push their season-opening record to 3-0-0-1 for top spot in the QMJHL’s East Division.

Rounding out the forward ranks is Cozens, who made an immediate impact upon returning from NHL training camp with the Buffalo Sabres to notch three goals and three assists as the Hurricanes came away with a split against the Red Deer Rebels and Edmonton Oil Kings. Cozens’ six-point production also helped him earn WHL On the Run Player of the Week honours.

On the back end, the Vaughn CHL Team of the Week includes Saginaw Spirit first-year import blue-liner Ilya Solovyov, who amassed eight points across three games counting one goal and seven assists. That stretch included a five-point night against the Sarnia Sting in which Solovyov was later recognized as the CHL Player of the Night.

Sharing the blue line is Byram, who returned to the club this week after auditioning with the Colorado Avalanche. The 18-year-old rearguard evidently needed little time to ready for game action wrapping up the week with five points – all coming as assists – in a trio of games.

Between the pipes, Warm was nearly unbeatable across two appearances as he came away with two victories while turning aside a combined 69 of 70 shots. He finished the week with a 0.50 goals-against-average and .986 save percentage with a top performance that featured a 38-save shutout against the Spokane Chiefs.

About the Western Hockey League
Regarded as the world’s finest development league for junior hockey players, the Western Hockey League (WHL) head office is based in Calgary, Alberta.  The WHL consists of 22 member Clubs with 17 located in Western Canada and five in the U.S. Pacific Northwest.  A member of the Canadian Hockey League, the WHL has been a leading supplier of talent for the National Hockey League for over 50 years.  The WHL is also the leading provider of hockey scholarships with over 350 graduates each year receiving WHL Scholarships to pursue a post-secondary education of their choice.  Each season, WHL players also form the nucleus of Canada’s National Junior Hockey Team. 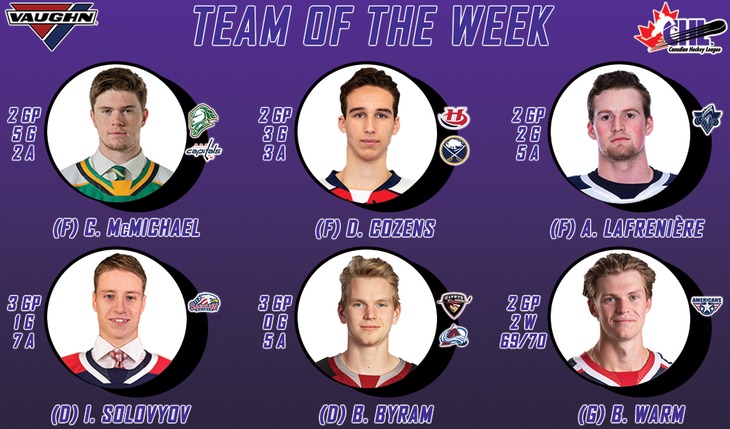