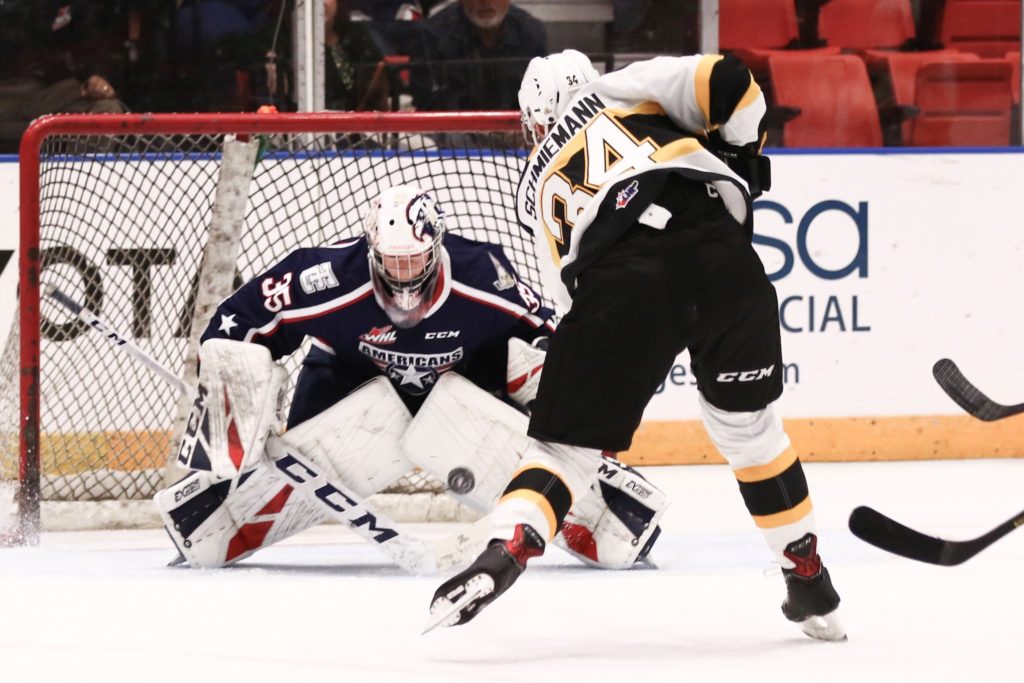 The Americans and Brandon Wheat Kings matched up today at the Toyota Center for the first time since January 19th, 2018. The game ended with a decisive 10-2 victory for the Wheat Kings.

Brandon opened scoring seven minutes into the first period with a goal from Lynden McCallum. Soon after Edge Lambert replied  for Tri-City, but the game only held at a tie for seconds. The Wheat Kings regained the lead less than a minute later with a goal from Cole Reinhardt.

Dom Schmiemann, who was recently traded by Tri-City to Brandon, had his first ever three point game for the Wheat Kings.

Veteran netminder Beck Warm started tonight’s game, before being relieved by rookie Mason Dunsford after Brandon’s fifth goal. Mason Dunsford was called up by the Americans yesterday from Port Moody Jr. B (PJHL). Tonight was his first ever WHL game.

The Americans will return to the Toyota Center on Friday to play the reigning WHL champion, Prince Albert Raiders. Tickets can be purchased here.