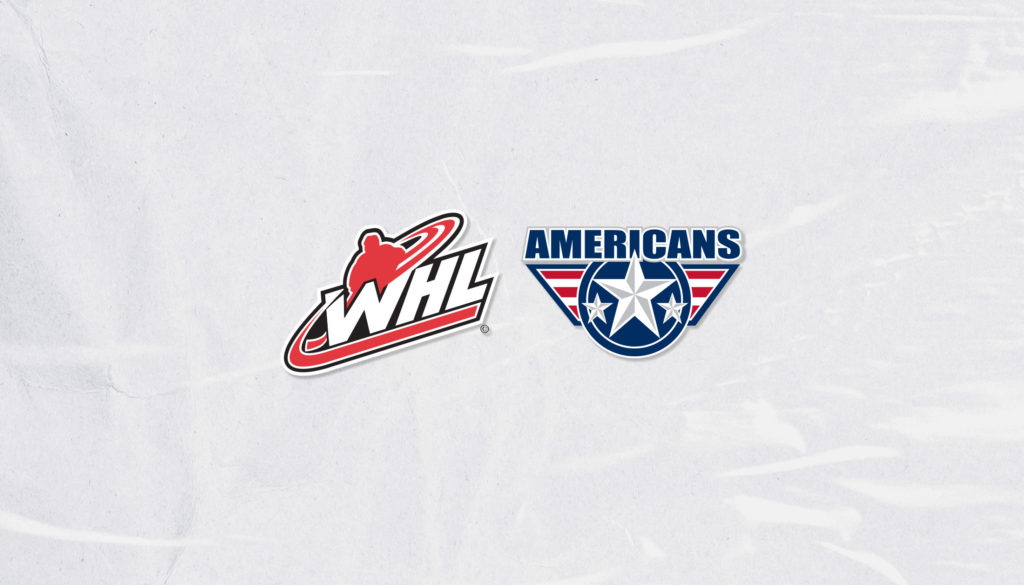 Calgary, Alta. – The Western Hockey League announced today the Tri-City Americans have been cleared to resume team activities beginning Monday, April 26, after all individuals within the team cohort tested negative for COVID-19 this week.

The Americans are scheduled to practice Monday evening for the first time since entering a league-mandated isolation period following the discovery of a positive test for COVID-19 on Friday, April 16. Though one additional positive test for COVID-19 was discovered within the Americans team cohort, this occurred while the individuals were in isolation and does not impact upon the initial start of the 10-day isolation period required by the Washington State Department of Health.

The Americans are scheduled to return to game play on Wednesday, April 28 at 6:10 p.m. PT when they visit the Spokane Chiefs.

Further updates to the Regular Season schedule of games in the U.S. Division will be provided at a later date.

About the Western Hockey League

Regarded as the world’s finest development league for junior hockey players, the Western Hockey League (WHL) head office is based in Calgary, Alberta. The WHL consists of 22 member Clubs with 17 located in Western Canada and five in the U.S. Pacific Northwest. A member of the Canadian Hockey League, the WHL has been a leading supplier of talent for the National Hockey League for over 50 years. The WHL is also the leading provider of hockey scholarships with over 375 graduates each year receiving WHL Scholarships to pursue a post-secondary education of their choice. Each season, WHL players also form the nucleus of Canada’s National Junior Hockey Team.