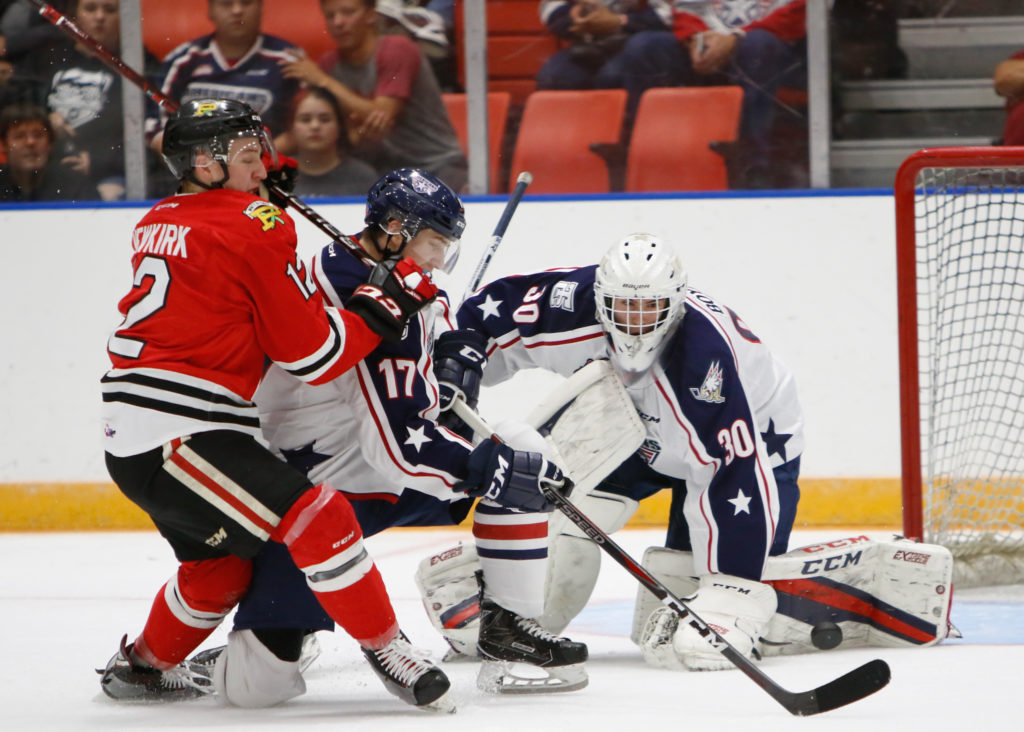 Kennewick, WA — Day two of the Red Lion Preseason Tournament ended with a high-scoring match up between the Americans and Portland Winterhawks. The exciting game ended with an 8-11 loss for Tri-City.

The game started with six goals in the first period, three for each Tri-City and Portland. Portand’s Jaydon Dureau scored the first of the night on the power play at 5:05, assisted by Mannek and Quigley. The following five goals through the period were scored at even strength.

The flurry of goals continued into the next 20-minute segment. Tri-City scored three goals on 11 shots and the Winterhawks netted four on 16 shots. Michael Kvasnica scored the only power play goal of the period at 13:04 for Portland, assisted by Hanas and Kolle. Headed into the third period the Winterhawks led the Americans 7-6.

Tri-City capitalized on two power plays in the third period, but it wasn’t enough to overcome the Winterhawks offense. An empty net goal for Mason Mannek at 18:25 sealed their win.

Rookie goaltender Talyn Boyko faced 51 shots from Portland. The 15-year-old has played a career four preseason games for the Americans and endured a total 177 shots for a .887 SAV%.

The Americans were out shot 24-51 by the Winterhawks.

View the score from the earlier Seattle vs Kootenay box score here.