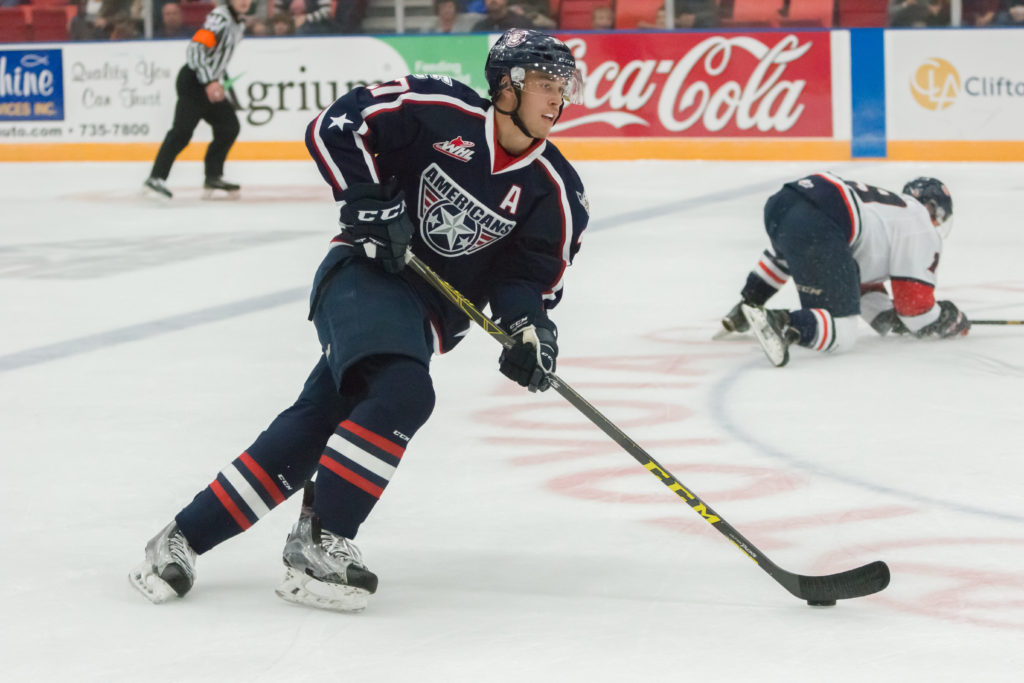 KENNEWICK, WA – The WHL, in collaboration with the Canadian Hockey League, announced today the roster for Team WHL, which will compete against Team Russia at the 2016 CIBC Canada Russia Series. The Tri-City Americans are represented 19-yr-old defenseman, Parker Wotherspoon.

Wotherspoon is one of the core members of the Americans defensive unit. He is currently tied for 3rd place in assists in the league after missing the first two games of the season while at the New York Islander’s training camp. Team WHL features 10 players who were selected in the first two rounds of the NHL draft, Wotherspoon will look to make his mark.

“We are very proud of Parker and this is well deserved,” said Tory. “He has worked extremely hard to develop into an elite defenseman in the WHL. This experience will only help him as a player.”

Team WHL will face Team Russia in Game 1 of the 2016 CIBC Canada Russia Series in Prince George, B.C. on Monday, November 7th, before continuing on to Edmonton for Game 2 on Tuesday, November 8th. The Ontario Hockey League will host Games 3 and 4, while the Quebec Major Junior Hockey League will welcome the festivities surrounding Games 5 and 6. Click HERE for more information, including how to purchase tickets.

The Americans return to action on Friday as they travel to Kelowna to take on the Rockets for the first time this season.

Americans Battle Back to Earn Point, Fall Short in Overtime
14 hours ago
3:21
Video Highlights: 12/1 vs. Victoria
15 hours ago