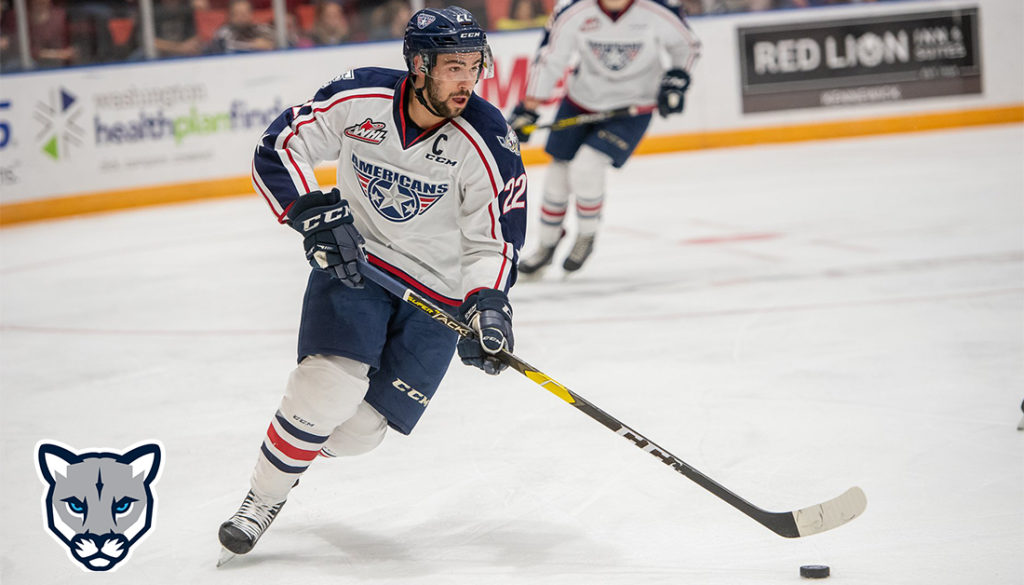 Yaremko played 278 games for the Americans over four seasons with the team. He totaled 67 goals and 92 assists for 159 career points. In his final season with Tri-City he served as the team’s captain and recorded 66 points.

“Congratulations to Nolan as he moves on to university and utilizes his WHL Scholarship,” said Tory. “Nolan was the epitome of a Tri-City American with his leadership skills, character, work ethic, and humility serving as our team captain. He will be missed on our team and in our community. Nolan is an important part of our culture and we wish him all the best.”

Yaremko finished his WHL career this past season and will now take advantage of the WHL Scholarship program. For each season played in the WHL, a player is awarded with a one-year post-secondary scholarship, which includes tuition, compulsory fees, and required textbooks.

“I am very excited to be heading to Mount Royal this upcoming year and looking forward to the next chapter in my life,” said Yaremko.