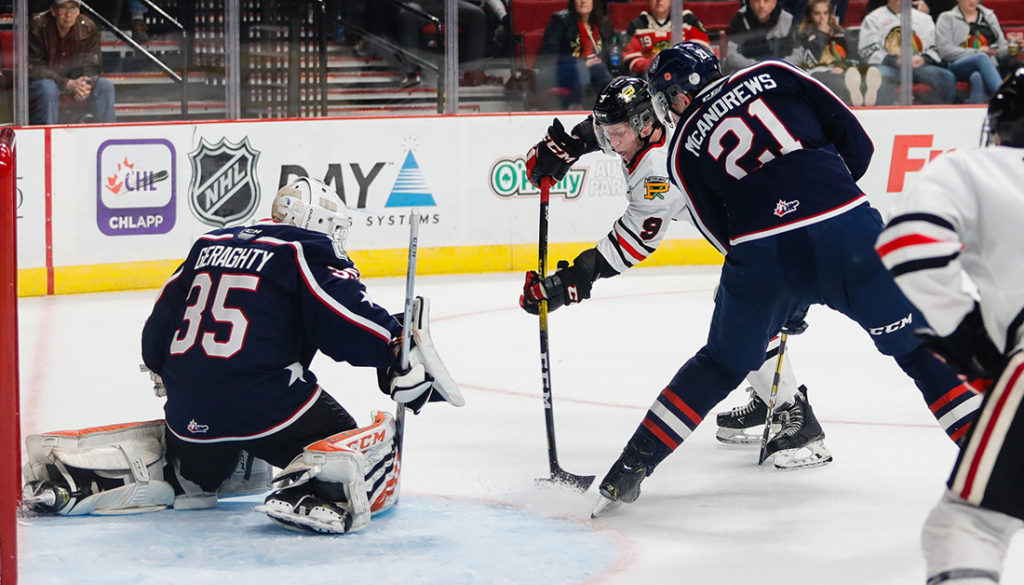 PORTLAND, OR — The Americans matched up against the Western Conference leading Portland Winterhawks today at the Moda Center. Tri-City fell 8-2, extending their streak to five games.

The Winterhawks jumped out to 3-0 lead against by mid-first period before the Americans could respond. San Jose Barracuda prospect Krystof Hrabik scored the Americans first goal top-shelf with a shot from the right circle.

After second-year goaltender Talyn Boyko suffered an injury last Friday in Kamloops, Mason Dunsford once again started in net for the Americans. The 16-year-old goaltender has started in the past three games for Tri-City, his three first games in the Western Hockey League.

Dunsford, selected in the sixth round (116th overall) by Tri-City in the 2018 WHL Bantam Draft, stopped 27 of 33 shots faced before being relieved in net after Portland’s sixth goal. Affiliate player Ronin Geraghty played the remainder of the game. 15-year-old Geraghty stopped 29 of 31 shots faced.

Blake Stevenson scored Tri-City’s second and final goal of the night with a wrist shot from the left circle.

The Winterhawks added two more to take a 8-2 final victory. Seth Jarvis was named first star of the night putting up two goals and three assists for Portland.

Join us tomorrow at the Toyota Center as the Americans matchup against the Spokane Chiefs. Purchase your ticket to the popular rivalry game here.