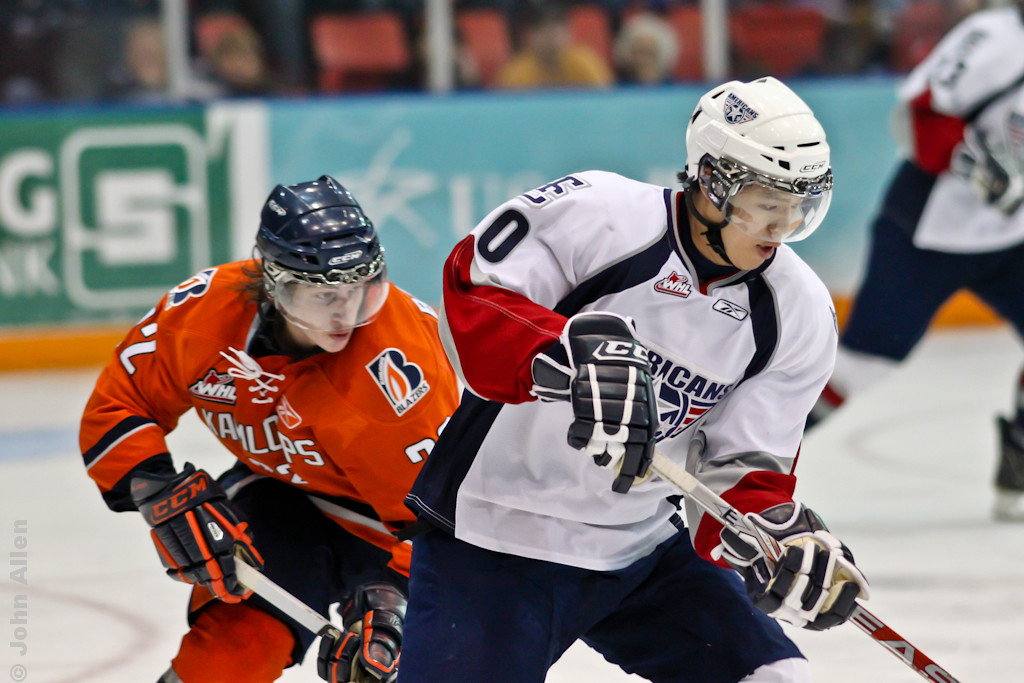 KENNEWICK, WA – The Tri-City Americans are proud to announce that 18-year-old defensemen Zachary Yuen was selected in Day 2 of the 2011 NHL Entry Draft, held today at the Xcel Energy Center in Minneapolis, Minnesota.  Yuen represents the 56th NHL Draft pick in the franchise’s history and is the first Tri-City defensemen selected since Eric Mestery was drafted in 2008 by Washington.

In the 4th round, the Americans saw Yuen go to the newest member of the National Hockey League, the Winnipeg Jets, with the 119th overall pick.  After a solid freshman season, Yuen continued his growth as a WHL defenseman this season, collecting eight goals and 32 points along with a team-high plus-41 rating for Tri-City in 2010-11.  The 6’0 205 lb. native of Vancouver, British Columbia was one of only three Tri-City players to appear in all 72 regular season games and all 10 post-season games, while his plus/minus rating placed him inside the top-10 among all WHL skaters and 4th in the Western Conference.  The Jets, which were formally the Atlanta Thrashers, made Yuen the first-ever pick from Tri-City in the franchise’s history.  The former Winnipeg franchise, which is now the Phoenix Coyotes, drafted former Americans’ Stu Barnes (1st round, 4th overall) in 1989 and Scott Levins (4th round, 75th overall) in 1990.

“Zach has done a tremendous job of working towards his goals while admirably representing his team and his community,” commented Americans Governor/General Manager Bob Tory.  “Although the Draft focuses on individuals, this is a tribute to the entire organization.”

Tri-City Americans season ticket plans are now available for the 2011-12 season.  Season ticket plans can be purchased by using several, convenient monthly payment schedules after a one-time service charge.  Call (509) 736.0606, visit AmsHockey.com or drop by the Americans offices’ at the bottom level of the Toyota Center for more information.

Recap: Power Play Success Not Enough for Ams in 6-3 Loss to Silvertips
2 days ago

Preview: Americans Look to Carry Momentum to Portland
3 days ago