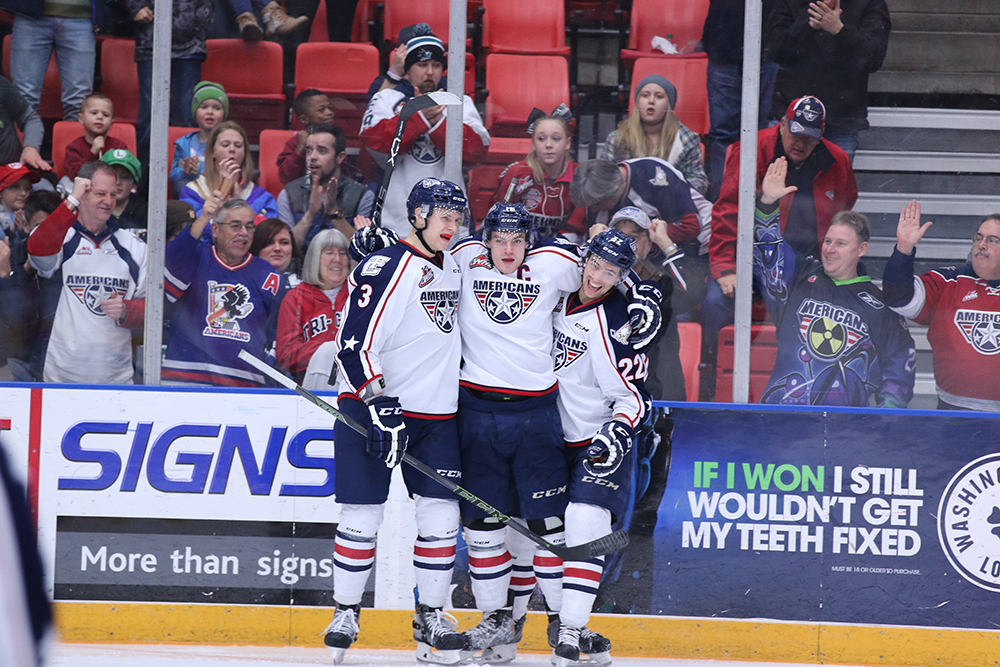 The teams traded chances in the first period, with Portland outshooting Tri-City 10-9. Each team had power play opportunities, but the game was scoreless after one period.

Tri-City took the lead early in the second period on the power play. Beau McCue snapped a shot from the right faceoff circle top shelf for a 1-0 lead. With less than a minute remaining in the period, Evan Weinger skated in on a breakaway and found twine to tie the score at one going into the third.

The third period was dominated by Tri-City. Early in the third, McCue notched his second of the game, as he fired a slap shot from the left faceoff circle for a 2-1 lead. Vladislav Lukin added a goal with a wrist shot from the left circle for a 3-1 lead. Parker Wotherspoon scored on a 5-on-3 power play to make it 4-1, and the game was capped off with a Jordan Topping power play goal less than two minutes later to seal the 5-1 win for Tri-City.

The Americans were 3-of-10 on the power play and recorded 15 penalty minutes. The Winterhawks couldn’t convert with four power play chances and spent 37 minutes in the penalty box.

Nicholas Sanders made 22 saves in the win while Adin Hill stopped 31 shots in the loss.

Tri-City will have a day off before the final game of 2015, as the Spokane Chiefs (18-14-3-1, 40 pts) will be in town for the annual New Year’s Eve game. Game time is at 7:05 p.m. at the Toyota Center. Tri-City won the last meeting against the Chiefs, 4-3, at Spokane Arena. It is 80’s/Throwback Night, with the Americans wearing special throwback jerseys. Tickets are available at all Ticketmaster locations, including the Toyota Center Box Office, at any Fred Meyer location or online at Ticketmaster.com.