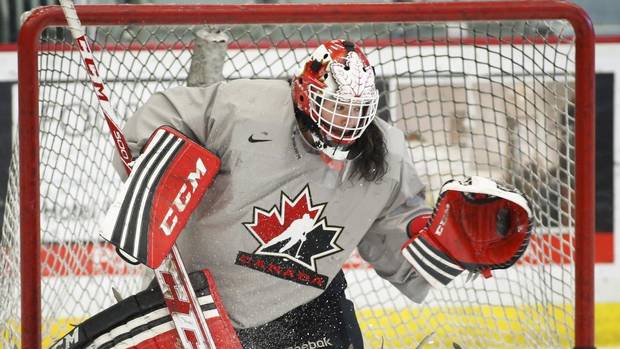 By Eric Duhatschek | The Globe and Mail

It happened in a long-forgotten WHL exhibition game more than a decade ago: The Tri-City Americans faced the Vancouver Giants in Langley, B.C., with a couple of kids scheduled to split time between the pipes.

Carey Price got the start for Tri-City, played his 30 minutes, and then Shannon Szabados came off the bench to finish up.

The game went to overtime; nobody can remember exactly who won or lost – or even many of the details about the game – but how is this for a delicious turn of events?

Those two, teenagers no more, will draw hazard pay as the goaltenders for the men’s and women’s Olympic hockey teams in Sochi, both favoured to be the starter.

Who could have imagined, when they were in the same dressing room, playing for the same team 12 years earlier, that they would eventually go down their own twisting, turning paths, only to have their journeys intersect again in a resort town on the Black Sea?

Not Szabados, who is back for an encore after being in net in Vancouver during the 2010 Olympics, where she shut out the Americans 2-0 in the decisive game to win the gold medal.