The Tri-City Americans, in partnership with Kadlec Regional Medical Center, Bergstrom Aircraft, Northwest Marine and Sport, Atomic Screenprinting & Embroidery and Team In Training (TNT), are preparing to kick-off the 2nd annual ‘Go Purple on Black Friday’ campaign to raise funds and awareness for the local chapter of the Leukemia & Lymphoma Society (LLS).

The Mid-Columbia chapter of TNT will be holding a silent auction on the concourse of the Toyota Center at the Americans’ home game this Friday, November 25 when they host the Swift Current Broncos.  The silent auction will feature great Americans and LLS-branded items, including two LLS Americans Reebok Edge jerseys autographed by the entire 2011-12 team.  As well, fans can purchase purple LLS Night T-shirts and hats for a suggested donation of only $10 dollars or purchase a paper airplane for just $1 and participate in the Bergstrom Aircraft Paper Airplane Toss, presented by Northwest Marine and Sport, for a chance to win round trip airfare for two to Las Vegas on Allegiant Air.

In addition to all the fundraising activities on the concourse, the Americans and Inland Northwest Blood Center (INBC), who administers the local chapter of the National Marrow Donor Program, will be hosting a ‘Be The Match’ Marrow Registration Drive throughout the day.  A process that normally costs upwards of $100, fans will have the chance to join the registry as potential marrow donors for free, thanks to the generous support of friends and benefactors of the INBC.

Last season’s inaugural event raised over $4,200 and added 120 qualified donors to the National Marrow Donor registry.  It was the largest, most-successful single-day registration drive in the history of the region.


More about the marrow registration drive:

To be a member of the registry, all you need is to:

For our Canadian citizens wishing to participate, please review the following:

During Friday’s game, the Americans will also hold a ceremonial puck drop featuring Maddie Coats, a 4-year-old from Kennewick who was diagnosed with leukemia at 2 months of age.  Maddie needed a marrow transplant to survive and found her compatible donor through the Be The Match Registry in Germany.  Maddie will now be celebrating her 4th birthday at the game. 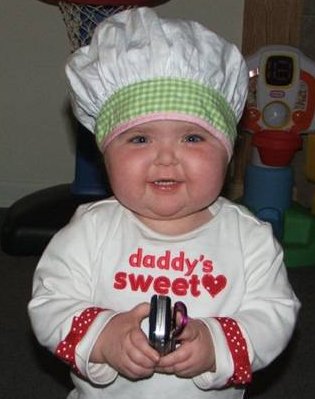 In addition to Coats, the INBC will have several local residents attending Friday’s game who have benefitted from the Be The Match registry. 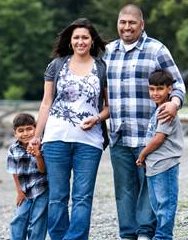 Javier Hernandez (33), a Grandview-native and father of 2 sons, was diagnosed with a very aggressive form of leukemia and received his transplant on May 18 of last year.  Javier, whose donor remains unknown, is alive today because of Be The Match!

Jasmin, an 12-year-old girl from Kennewick, had Aplastic Anemia and would not be here today without the transplant she received on May 8, 2008.  Seen here with her little sister Cecilia, Jasmin’s family had a lot of difficulty finding a donor, even after hosting a number of registration drives, before finding her match from an anonymous donor from the east coast.

“In the spirit of Thanksgiving – please give thanks for your health, for life and consider joining the registry as you may be the one to save a life,” said Cristina Klatovsky, organizer for the Tri-Cities/Yakima Marrow Program for INBC.  “There are 14 million volunteer donors on the registry, and we still have patients who cannot find their match, the person who can make their lifesaving transplant possible.  Only 30% of patients have the good fortune of finding a donor in their family.  This registration drive brings hope to all of them that their match is among those that register on Friday.  We can change those odds and encourage everyone to take the first step by joining the registry.”

“The money raised on the 25th will help many Eastern Washington residents battling blood cancers by providing funding to research and patient aid programs,” explained Aja Albiar, Eastern & Central Washington Team Manager for the Leukemia & Lymphoma Society.  “We are thrilled to again be partnering with the Tri-City Americans and their amazing fans to help find a cure for blood cancers.  We know that, together, we can raise thousands of life-saving dollars.”

“Anyone that has witnessed this disease first hand knows how brutal it can be, not just on the patient, but also on their family and friends,” expressed Dan Mulhausen, Director of Marketing, Media Relations and Game Operations for the Tri-City Americans who registered to be a donor in last year’s ‘Be The Match’ registry event.  “The Tri-City fan base never ceases to amaze us with their generosity and I know that, on Friday, we will see them step up again with another selfless act of charity for those less fortunate.”

Friday night’s game is proudly presented by Kadlec Regional Medical Center, Bergstrom Aircraft, Northwest Marine & Sport, Atomic Screenprinting & Embroidery, Power 99, KEPR-TV and the Tri-City Herald.  Game time is 7:05 p.m. at the Toyota Center.  Tickets for all Americans games can be purchased through all Ticketmaster outlets, including all Fred Meyer outlets, the Toyota Center box office, online at ticketmaster.com or by calling (800) 745-3000.

The Leukemia & Lymphoma Society (LLS) is the world’s largest voluntary health organization dedicated to funding blood cancer research, education and patient services. LLS’s mission: Cure leukemia, lymphoma, Hodgkin’s disease and myeloma, and improve the quality of life of patients and their families. Since the first funding in 1954, LLS has awarded more than $600 million in research funding.

About T.E.A.M. In Training

Team In Training (TNT), The Leukemia & Lymphoma Society’s (LLS) leading endurance sports charity training program, has reached a remarkable milestone of raising over $1 billon to support blood cancer research and patient services. Since its inception in 1988, when a team of 38 runners trained together for the New York City Marathon and raised $320,000, TNT has prepared more than 440,000 people — approximately 40,000 participants annually — to achieve their dream of completing a marathon, half marathon, triathlon, 100-mile (century) bicycle ride or hike adventure. The enormous success of this program has helped make possible advances in blood cancer therapies and treatments that have prolonged and enhanced the lives of hundreds of thousands of patients.

In exchange for training and support, you help raise money towards cures for blood cancers like leukemia — the No. 1 disease killer of children — lymphoma and myeloma. For more information on how you can join the Eastern Washington Team, visit www.teamintraining.org/wa
.