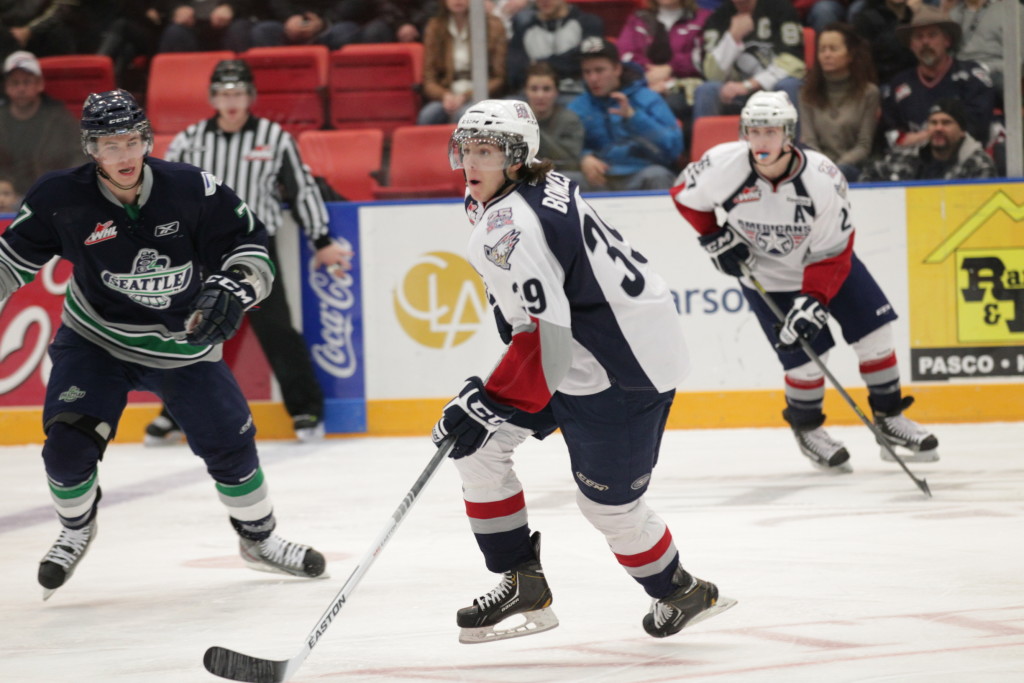 Kennewick, WA- Tri-City wanted to start off their four-game home stand on a strong note.

Tri-City has won three straight against the Thunderbirds and won two in a row overall.

Tri-City turned it on in the second period. It started early as Williams would score again on a great feed from Justin Feser on a 2-on-1. Less than a minute later, Gutierrez would redirect a shot into the goal to make it 3-0 Americans. Wil Tomchuk would score his first WHL goal midway through the period as he fired the puck toward the net, bouncing the puck off two Seattle defenseman and past Danny Mumaugh to make it 4-0. Seattle would end the Americans’ shutout hopes, as Alexander Delnov would score on a 5-on-3 power play at 14:08 to cut the Tri-City lead to three heading into the third period.

The third period was relatively quiet, with Seattle outshooting Tri-City 7-4. The Americans would cap off the win as Gutierrez would score his second goal of the game late in the third to put the Thunderbirds away for good.

Feser had two assists tonight, which brings his point streak to 10 games.