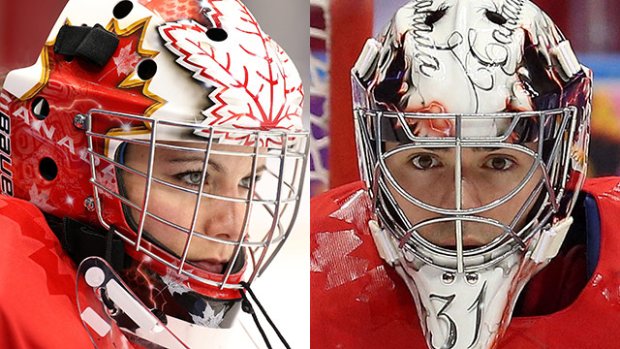 Considering the performances they’ve put on over the last two weeks at the 2014 Olympic Winter Games, it’s safe to say most Canadians know the names Carey Price and Shannon Szabados.

After all, being the starting goaltender in the Olympic gold medal game tends to bring a player a little bit of notoriety – not that either netminder needs it.

But most fans likely don’t know that way back on Sept. 4, 2002, almost 12 years before they stole the show in Sochi, Price and Szabados actually shared the same net in the same game.

On that day, at the Ladner Leisure Centre, a 1,000-seat arena in a suburb 30 minutes south of Vancouver, B.C., the two young – and then unknown – goaltenders split the duties for the Tri-City Americans as they opened their Western Hockey League exhibition schedule against the Vancouver Giants.

Just don’t ask Price to remember too many of the details.

“I remember it was Vancouver Giants, I would have been 15 years old,” Price said “I don’t recall whether we won or lost, but I think I played the first half and she played the second.”

Price, then 15, was the Americans’ goaltender of the future, the seventh-overall pick in that spring’s WHL Bantam Draft coming to his first training camp to get a taste of Major Junior hockey.