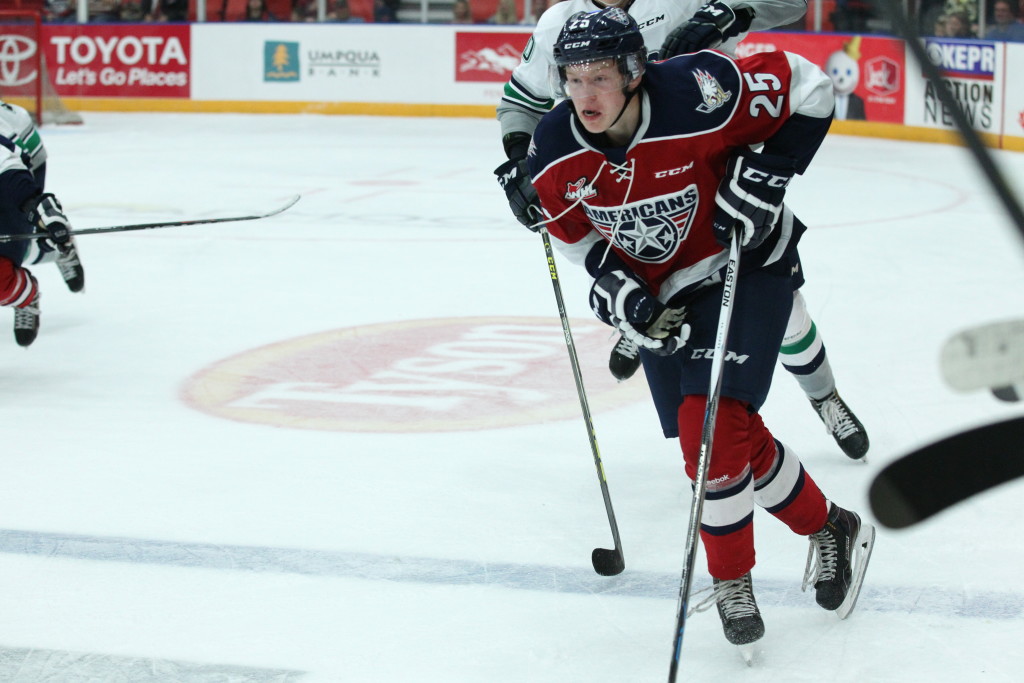 Kennewick, WA- Americans forwards Michael Rasmussen and Kyle Olson have been named to Team Canada’s roster for the World U-17 Hockey Challenge.

Rasmussen, a native of Surrey, B.C., is in his rookie season with the Americans. The 16-year-old forward has played in four games this season, tallying two assists and a +4 rating.

Olson, a forward from Calgary, Alta., is in his rookie season with the Americans. Olson has a goal and two assists in four games this season.