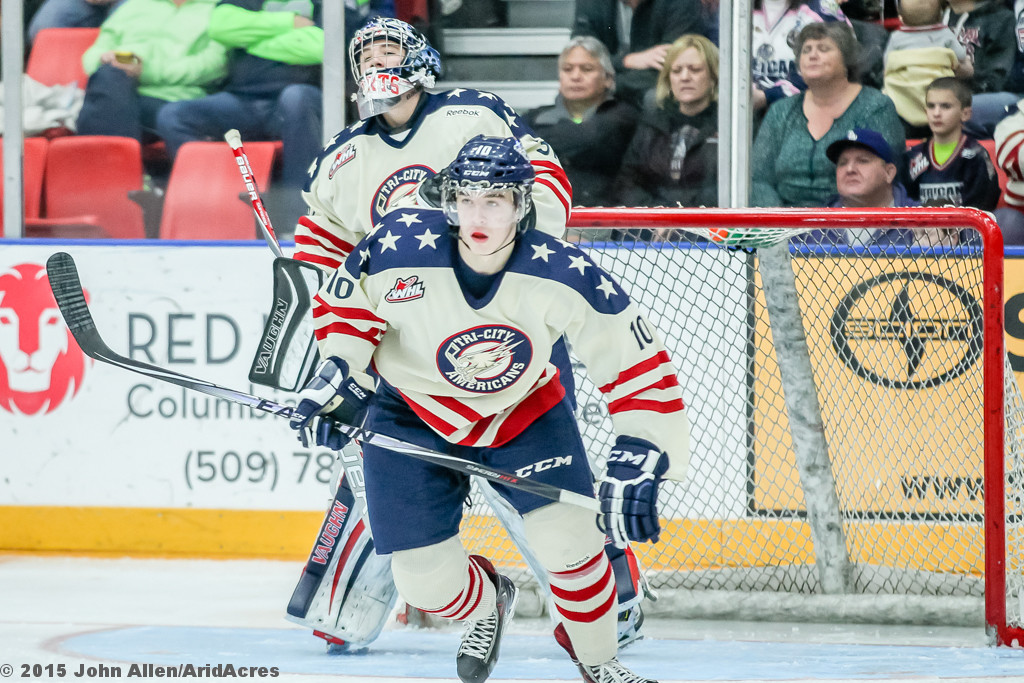 Coghlan is in his second season with the Americans. The Nanaimo, B.C. native has played in 97 career games for the Americans, tallying five goals and 12 assists.

Sarthou is in his third season with the Americans. The Black Diamond, Wash., native has played in 83 games for Tri-City, earning 30 wins and accumulating a 3.55 goals against average and a .892 save percentage.

Americans’ prospect Tyler Jette also made the rankings, coming in at No. 168 among North American skaters.