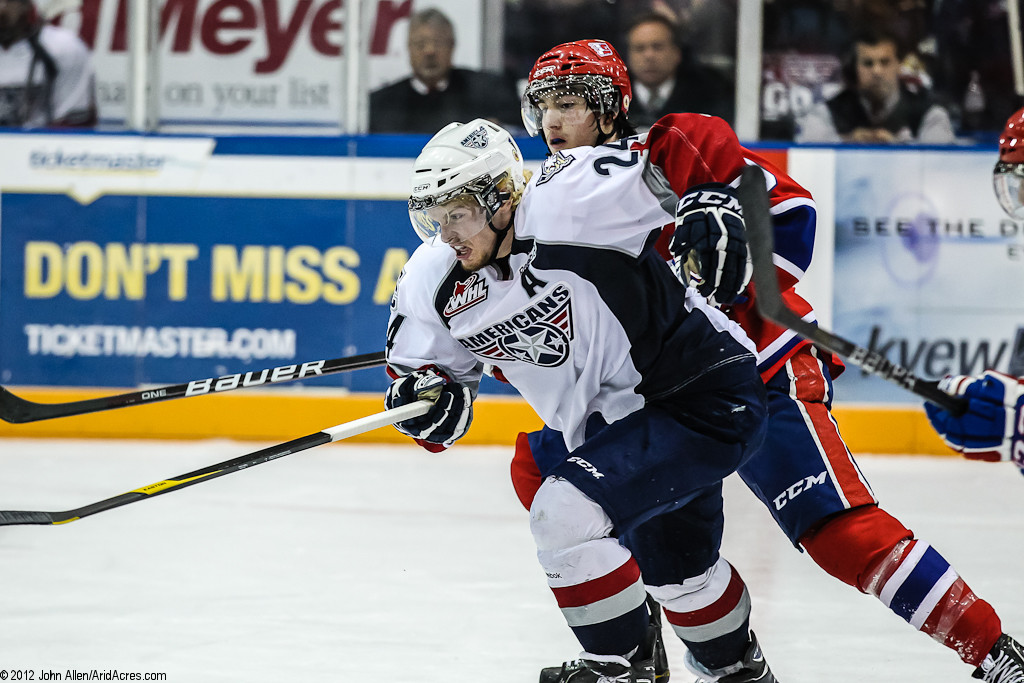 The 5’10, 175-pound forward from Winnipeg, Manitoba appeared in all 15 Americans playoff games this season, recording a team-high 23 points, including 7 goals, while leading Tri-City back to the Western Conference Finals for the second time in three seasons.  After his impressive run in 2012, the overage forward finishes his WHL career as the Americans’ all-time leading playoff scorer (19-45-64), passing current Phoenix Coyotes forward, Daymond Langkow (59).

“(Brendan) had an exceptional post-season and showed a real knack for contributing offensively in big moments,” said Tory. “It’s truly been exciting to see his growth and development over the past four seasons in an Americans uniform.”