Team Blue Comes From Behind to Defeat Team White 6-5 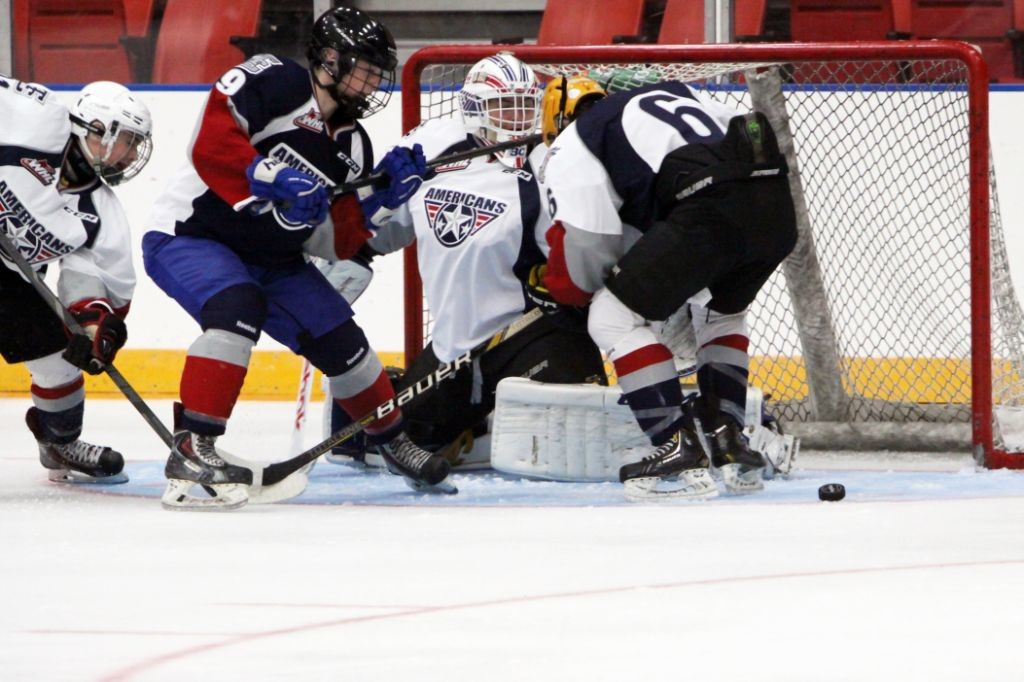 Kennewick, WA- Team White had the advantage for most of the game, but Team Blue scored three third period goals to come from behind and win 6-5 in the Todd Klassen Memorial Classic Blue vs. White game.

The scoring started early in the first period as Jordan Roy found the back of the net with a wrist shot to put team White ahead 1-0. Team White took a 2-0 lead midway through the first period, with Morgan Geekie slinging a pass to Parker AuCoin, who tipped the puck past Blue goaltender Beck Warm for the goal. Team Blue had a couple chances on the power play in the first, but were unable to get on the board as Team White held a 2-0 lead heading into the second period.

Team Blue got its first goal of the game a little over five minutes into the second period, as Zach Andrusiak fired a shot into the top right corner of the net, beating Nicholas Sanders to cut the White lead to 2-1. Team White answered about a minute later, with White’s Dylan Coghlan firing a shot at the net, with the rebound bouncing to Dylan Prpich at the side of the goal, sliding the puck into the open net to increase the lead to 3-1.

Andrusiak and Team Blue responded, as Andrusiak added his second goal of the game to cut the White lead to 3-2. White’s Morgan Geekie got into the scoring, firing a wrist shot into the net to increase the White lead to 4-2. Team Blue cut the lead back to one as Andrusiak scored his third goal of the second period to make it 4-3. With less than 20 seconds remaining in the period, Roy tallied his second goal of the game for Team White to increase the lead to 5-3 after two periods.

In the third period, Team Blue was able to close the gap on Team White. Team Blue’s Michael Rasmussen fed the puck to an open Korbyn Chabot, putting it into the open net to cut the lead to 5-4. Blue was able to tie the game less than two minutes later, with Mark Drohan firing a shot from the point that found a way into the goal. Both teams went on the power play to try and get the go-ahead goal but neither could score. With 20 seconds remaining in regulation, Drohan wristed a shot that found the back of the net to give Team Blue the 6-5 win.