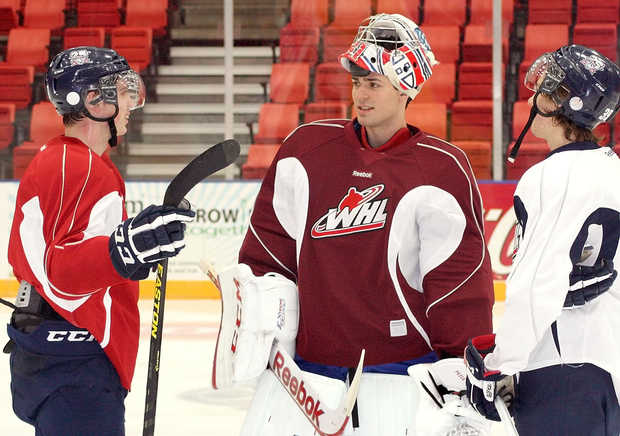 Carey Price was on the driving range preparing for the second round of Olie and Stu’s Desert Bash on Monday when he found out he was named to Canada’s National Men’s Team orientation camp.

“I didn’t know,” said Price, the starting goaltender for the Montreal Canadiens. “I haven’t looked at Twitter or anything today.”

Price is one of five goaltenders invited along with Corey Crawford of the Chicago Blackhawks, Braden Holtby of the Washington Capitals, Roberto Luongo of the Vancouver Canucks and Mike Smith of the Phoenix Coyotes.

The goalies were part of a 47-player roster announced by Hockey Canada on Monday. The camp will run Aug. 25-28 in Calgary and will be used to evaluate players for the upcoming Sochi Olympic games.