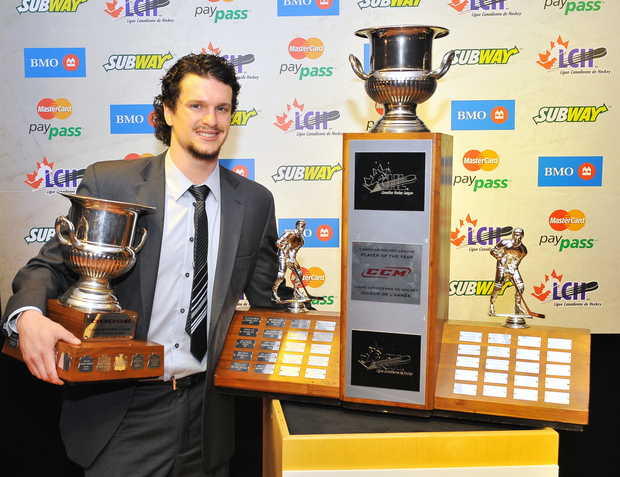 There was something about Brendan Shinnimin that Brad Treliving liked from the moment he met him.

The assistant general manager of the Phoenix Coyotes got his first glimpse of the former Tri-City Americans forward in the fall of 2011 when the Coyotes invited Shinnimin to training camp.

“Shinny is a kid we brought in over a year ago to our rookie camp and we tried to sign him to an AHL deal,” said Treliving, who also is the GM of the Portland Pirates, Phoenix’s AHL affiliate. “He told us he would go back to Tri-City until we signed him to an NHL deal.”

Shinnimin returned to the Americans, won the Western Hockey League and Canadian Hockey League scoring titles, both Player of the Year awards and along the way made the Coyotes stand up and take notice.

Phoenix signed Shinnimin, 22, to a free-agent NHL contract March 2 and sent him to Portland, Maine.